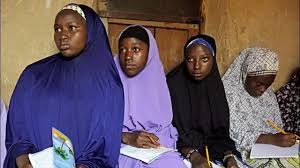 Sequel to the report that reached the Muslim Public Affairs Centre MPAC, Nigeria on the 18th of September, 2018 about the Principal of Isolo Senior Secondary School, Mrs. Sadare J.O who denied the female Muslim students their rights to use the hijab in school and also banned them from attending classes despite the Court of Appeal verdict to uphold the use of Hijab in Lagos schools as it was also reported that the Assistant Head girl of the school was unfairly removed because she is a Muslim, the Management of MPAC mandated the Executive Secretary, Mr. Umar Aderibigbe to lead investigation of the allegations in order for MPAC to effectively assess the situation and immediately take the necessary steps to ensure the rights of the students are restored. Hence, MPAC mobilised its assets to ensure that justice is served as well as put an end to such reports of victimisation of Muslims in Lagos State public schools because of hijab.

In order to effectively manage the situation, MPAC, Nigeria collaborated with the Hijab Rights Advocacy Initiative, a Muslim Women Non-Governmental Organisation that caters for the rights of Muslim Women who choose to wear the hijab.

The representatives deliberated on the report from Isolo Senior School and emphasised the need to put a stop to the recurrence of cases of Hijab discrimination in Lagos state despite an Appeal Court verdict to uphold its use. Two letters were written to address the situation, one to the Deputy Governor of Lagos State who is also the Honourable Commissioner of Education and the other to the Principal of the Isolo Senior Secondary School, Mrs. Sadare J.O. The letter to the Deputy Governor was to officially report the case to her and express our disgust for the lack of regard for the Muslim Community in Lagos State as well as urge her to use her good office to put a long lasting solution to the denial of the rights of Muslim Students in the State. The content of the other letter to the Principal was to warn her about the legal implications of her actions and for her to immediately recall the illegally suspended students back to School as well as tender an apology to their parents whom she walked out of the office while trying to speak with her about the situation. The following officials were also copied in the letters;

The representatives had to split to enable them effectively make use of time and be able to cover all the stipulated places for the visits and the distribution of the letters. Mr. Umar and Mrs. Mutiat were to visit the Tutor General and the School in company of the Secretary of the Isolo Muslims Forum, Mr. Abdulateef Aileru.

Mr. Umar, Mrs. Mutiat and Mr. Adbdulateef arrived at the Lagos State Government Education District VI Headquarters at 1:25 P.M. We were initially denied access to see the Tutor General but directed to the Records department to submit the letter. We made it clear to the secretary why we were there and he replied that they were already aware of the situation and were currently investigating the matter. We were told we would get an update within 24 hours. On getting to the Records Department, we encountered another challenge. The representative of the Records Department did not want to accept the letter based on a flimsy excuse that the letter was not properly addressed. As we were dragging the issue, the Secretary came to meet us and said that the Tutor General had requested to see us.  On getting to her Office, we had to wait for a while as she was attending to other visitors.

We were finally invited into her office at around 2.30 P.M. We introduced ourselves and the Tutor General also introduced herself as Mrs. Onadipe Olufunmilayo who was in company of Mr. Olukoya, the Head of Schools Administration Education District VI. Mrs. Mutiat opened the floor to express our concern on the Hijab issue at the Isolo Secondary School. The following points were raised;

The Tutor General, Mrs. Olufunmilayo made us understand that she was just informed about the case some minutes before our arrival. That the Principal did not make any official report regarding the hijab case which was wrong of her. She further added that the Principal was acting on her own overzealousness and not under the instruction of the Education District VI. She informed us that she had already summoned the Principal and was expecting her to report to the office. She then appealed to us to give her till Monday 24th September, 2018 to reach a decision on the matter and communicate it to us.

Mr. Olukoya further buttressed the points raised by the Tutor General and also agreed that the Principal did not manage the situation well. He added that he recalled an encounter of how he and Mrs. Mutiat of the Hijab Rights Advocacy Initiative amicably resolved an issue of biometric capturing for students on Hijab who wanted to sit for WAEC. Hence, he hopes that we would be able to resolve this amicably as well.

Mr. Abdulateef also brought to the notice of the Tutor General that he led the affected students to her office on the previous day but were unable to see her because she was not on seat. He elaborated the efforts of the Isolo Muslim Forum and his own personal efforts in organisng tutorials for the students of the District to promote academic excellence. Mr. Umar also elaborated on the need for the Tutor General to immediately resolve the issue as well as put an end to it decisively in order to avert reoccurrences. He made it clear that there were already members of the community who were already agitated and may take laws into their hands if the matter is not well managed.

The Tutor General thanked us for coming, reassured us that she will get back with a decision and also pleaded with us to communicate with the Muslim Community that the Principal acted on her own and not under the Tutor General’s nor the Government’s instruction. The meeting ended some minutes past 3 P.M. As at the time of leaving the Tutor General’s office, Mrs. Sadare was already present and looked quite disturbed. The representatives disbanded and promised to follow up and communicate all necessary updates to the Muslim community and the general public.