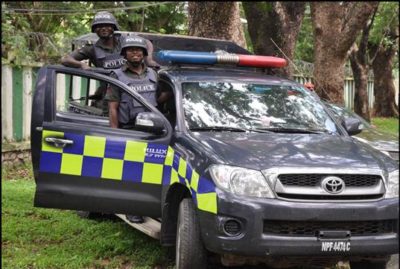 The Divisional Police Officer, Aswani Divisional Police Station, CSP Alexander Jamus, has commended the Isolo Local Council Development Chairman’s gesture towards sustaining community tranquility by donating the sum of N1million to the police within the local council area for refurbishment of their dilapidated patrol vans.

He revealed that the assistance came at the dire time some patrol vehicles in his division were crying for refurbishment, noting that some of the vehicles were grounded while the police had been trying their best to put them in good shape.

“We commend the chairman for this timely assistance. The chairman was kind enough to fulfill his promise to all divisions; we really appreciate this ideal gesture from him. He has really done his best as at now. 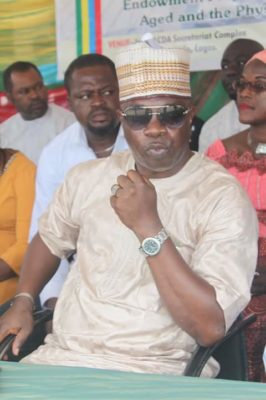 The police boss, who spoke about the partnership that had been created between his division and the Lagos State Neighborhood Safety Corps (LNSC) in the community, said that it has synergistically foiled several security vices in the community.

“We don’t have problem with LNSC, they are to complement our efforts, and surveillance in the community have been made easy by LNSC. We work hand in hand, they’re to assist the police and they’ve been doing that greatly”, he concluded.

In fulfillment of his prior promise to tighten surveillance and security in the community, the Executive Chairman, Isolo Local Council Development Area (LCDA), Hon. Shamsudeen Olaleye, has recently donated the sum of N1million to the five divisional police stations in the council area.

The money was released to each of the divisions during the monthly Peace and Security Committee meeting held recently at the Executive Chairman’s office inside the council secretariat.

The meeting, which was chaired by the Executive Chairman, Hon. Shamsudeen Abiodun Olaleye, had brainstormed on the possible ways of assisting the police to tackle security challenges within the council area.

Speaking after the meeting, the Secretary to the Local Government (SLG), Hon. Kolawole Olojede, declared that the money was for the refurbishment of patrol vehicles in each of the divisions and to provide other logistics that would assist the police in tackling crime in their respective divisions.

“The N1million is for the five divisions. Hence, each division received N200, 000 and they are expected to spend the money on the refurbishment of their patrol vehicles and other logistics.

He said, “This is the first intervention from the council to the police divisions; we hope to do more as soon as funds are available. Isolo has been a peaceful community and we are not resting on oars and that is why the Executive Chairman is putting effort at ensuring our security apparatus is alive to its responsibility.”

The Peace and Security Committee is made up of DPOs of the five divisions, representatives of DSS, Immigration, Civil Defense, Neighbourhood, SIB and top management of the council including the Executive Chairman, SLG, CM and the Legal Officer.