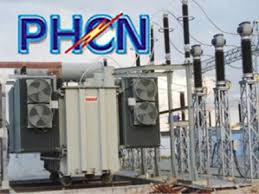 The youths of Nepa Junction and some others with Jakande Estate have entered into fracas with the officials of the Power Holding Company of Nigeria (PHCN) for disconnecting their wires from the transformer.

The PHCN officials, who were disrupted from carrying out their duty, were forced by the youths to reconnect some of the wires they had disconnected to the grid.

However, on the following day, the electricity workers came back to the community accompanied by police to disconnect the G and P of the transformer that supplied power to this particular area.

Subsequently, it was learned that there were lots of deliberations with PHCN officials on how the two parties would come to term and fix the wire back but PHCN refused to agree with the condition given by the residents.

Echonews gathered that they later reached an agreement with the elders of the affected transformer that the affected residents should pay their current February bills, promising that they (the PHCN officials) would fix the G and P after the residents have paid the said bill..

However, the residents complained to Echonews that after generating about N400,000 out of a possible N600,000 calculated to be realised from the February bills, the PHCN workers still refused to fix reconnect the wire.

“On Friday the 6th of April, they came into this area with the support of the elders announcing to the residents of the affected area to come and pay February bill so that they could fix the G and P on that day but they still refused having made 400 and something thousand naira out of a possible 600 thousand naira plus from the February bills.

Up till today, the residents are still waiting and hoping that the PHCN will come and reconnect them.