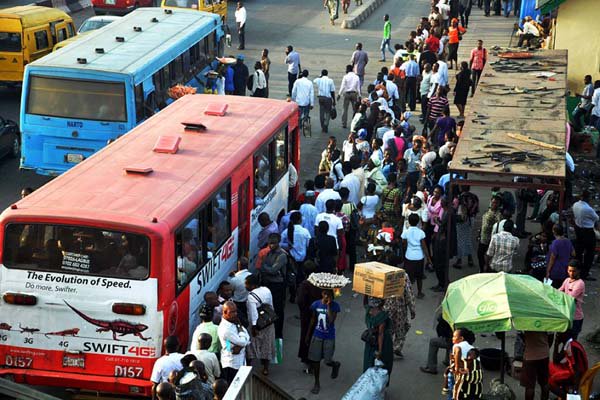 Commuters plying Oshodi-Sango-Toll Gate route are lamenting incessant increment of transport fares by the commercial drivers along the route.

The fares would suddenly skyrocket from normal N200 to about N1500 by the commercial buses, while the motorcycle operators known as Okada charge N2500 per passenger.

Commuters wonder about the real cause of the occasional increment as most of the time there would not be increase in the price of fuel, while the holdup along the route might not even be heavier.

One of the victims of the situation, Hafeezat Ilori, told Echonews that she had got stranded at Oshodi on three occasions due to what she described as astronomical increment in the fare.

According to her, she was left with just N500 in one occasion when she got to Oshodi from Surulere.

“I had intention of getting BRT bus for N250 to Kola Bus Stop and continue my journey from there. Initially the Yellow buses were charging N400, but I refused to board. When those ones left, the next were calling N1000 including the BRT buses. This had happened to me three times.”

Other commuters who spoke to Echonews narrated similar experiences as some blamed the situation on the ongoing rehabilitation of the road, while others linked it to the greediness of the commercial drivers.

However, the commuters appealed to the government to take control of the situation by, claiming that there should punishment for any driver who increases the fare at will to the detriment of the passengers.