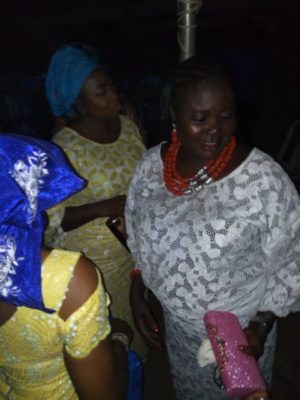 A torrent of tributes by community leaders on the Jakande Estate brought alive the heroic exploit of Pa Ogunbunmi Bailey as a man who spent much of his life time taking care of the Estate.

Pa Bailey, who trained as a plumber and worked for various private companies till he retired, devoted himself to gardening and had several gardens on the Estate which he kept religiously as his contribution to keeping the Estate clean.

His daughter, Mrs. Yemisi Bailey Alashe, a former Supervisor for Agriculture and Community Development at the Ejigbo Local Council Development Area (LCDA), told Echonews that her father picked the habit from school.

“He told us that in school, each student had to set up and maintain his garden and he imbibed the training.” 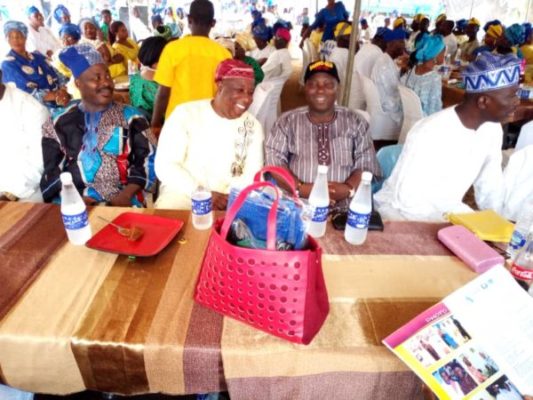 Pa Bailey’s activities on the Estate were noticed by the producers of popular Lagos Television programme, Lagos Community Update, who nominated him a Community Champion.

It would be recalled that Pa Ogunbunmi Bailey died of cardiac arrest on Friday, December 28, 2018, and buried on January 3 and 4 this year.

Mrs. Bailey explained that the quick burial was to honour the wish of the dead.

She revealed that it had been one of her father’s wishes to buried within 3 to 7 days after his death, adding that it was a privilege to have achieved his wish.

The two-day burial ceremony, held on Friday, January 3rd and Saturda 4th, this year at the Jakande Estate residence of the octogenarian deceased was an eventful occasion that gathered family and friends from far and near as well as other high-profile dignitaries in Ejigbo including the Lagos State Commissioner for Information and Strategy, Hon. Kehinde Bamigbetan, Chairman, Ejigbo Local Council Development Area (LCDA) Hon. Monsuru Bello.

Relieving her father’s last moment, Mrs. Alashe said: “What happened is that he was hale and hearty throughout the Christmas. My own personal believe was that he waited for my 50th birthday. At my birthday party, he greeted everybody one by one and chatted with them. Eight days after, he left us.

“On that faithful day, he wasn’t sick but the way I met him then, I was shocked. So, I asked my children to take him to the emergency ward of Isolo General Hospital where he was treated and came back to life. He was singing praises to God. He sang his choicest of songs before he finally gave up to ghost due to cardiac arrest on the 28th of December, 2018. 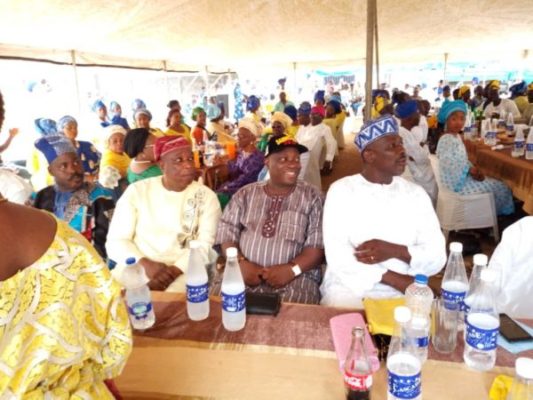 “The good part of it is that, for 20 years now, papa has already been saying it that we should bury him within three and seven days after his death, and that is what we have done.

“I want to thank God for giving me the privilege to respect my dad’s wish, not only me but the entire family. There can’t be any other father like him. I’ll miss everything about him.”

Chief Olusesan Bailey, the immediate younger brother of the deceased, recalled how misunderstanding of principle of virtues and morality made the best of their relationship interesting, stressing that his impact would be missed in the family.

“What I can say about him is that he’s stubborn, we fought often but it was on principle. He’s a disciplinarian. From childhood, we struggled together and thank God he has ended well. As a disciplinary who strictly adhered to principles of virtue and moral, we are going to miss him. He’s a cowboy, that’s what he called himself. We are going to miss him, I wish him eternal rest.

On a personal note, I’ll miss him because I’ll have no one to trouble any longer,” he commented.

“He was like a father to me, a very good father that I will never forget in my life. He advised us time to time, he gave us insight about life. We will remember him till eternity, the family is going to miss him,” Mrs. Olubambo-Shode Odunuga, a family friend related.