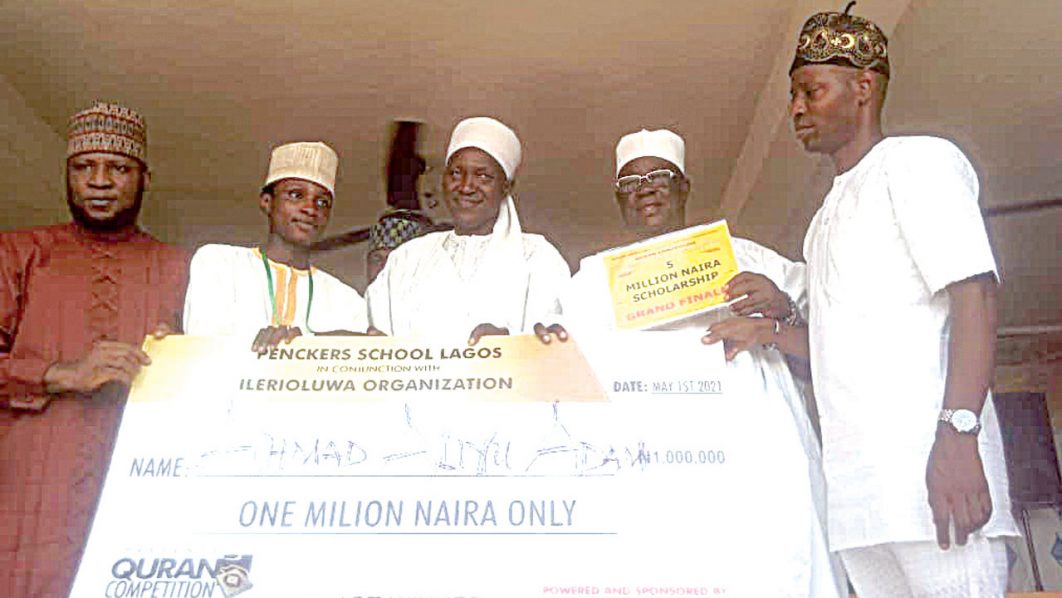 The Chairman of Isolo Local Council Development Area (LCDA), Otunba Adebayo Olasoju, has through his Ilerioluwa Organisation in conjunction with Penckers School announced plans for the second edition of it’s annual Quranic competition.

According to Olasoju, the competition which was first held last year is organised to immortalise the late daughter of Fuji maestro, King Wasiu Ayinde Marshal; Alhaja Wasilat Ayinde Marshal.

He said the competition is opened to students of Quran between the ages of 10 and 20 years.

With registration concluded, the screening date has been set for Saturday 2nd and Sunday 3rd of April with the semi final scheduled to come up on Saturday, April 9 and the grand finale on Saturday, April 16, 2022, at Penckers School, Isolo.

The sum of N1million, N500,000 and N250,000 have been earmarked for the winner, first and second runners-up in the second category respectively.

It was also announced that lots of consolation prizes such as computer sets, television sets, fridges and others would be given to other participants.