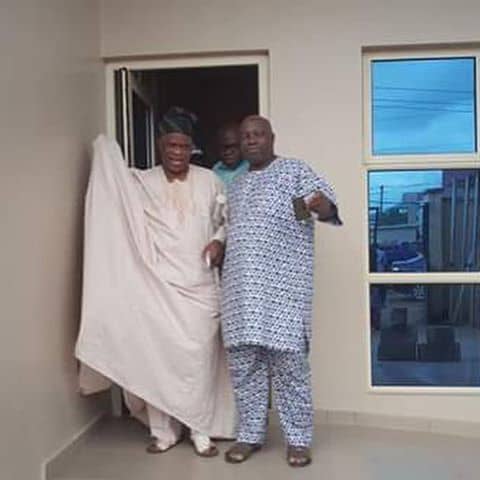 Oba Ojoola with Bello at the council secretariat

The Traditional Ruler of Ejigbo land, Oba Moruf Adisa Ojoola, has showered appraisal on the Executive Chairman of Ejigbo Local Council Development Area (LCDA), Hon. Monsuru Bello, for he termed as his huge impact within little time of his administration.

Oba Ojoola made the proclamation when he visited the council Secretariat recently, disclosing that Bello has done immensely well for all and sundry in Ejigbo as lots of projects have been actualized and others soon to be executed.

The royal father said that aside from all that have been done, the developments at the council which included the Legislative Building and face-lift exercise were an indication that Bello had good intentions for the council. 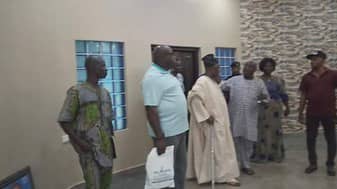 Oba Ojoola was taken into the nooks and crannies of the council, the royal father, who was in delightful mood at what he saw, told Bello that what was important after all the developments was to continue his good work as that was what he expected.

He however called for unity among the residents of the community, stating that all officers who formed the cabinet at the Secretariat should join hands with Bello in achieving greater feats in the area.

He also called for the cooperation of all residents in Ejigbo with the council and prayed for more developments to be enjoyed in the community.