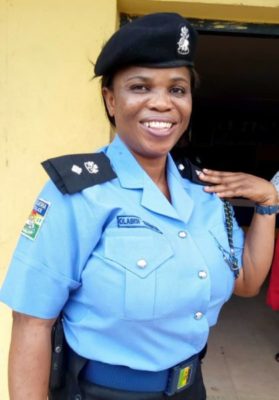 The Divisional Police Officer (DPO), Ejigbo Local Council Development Area, CP Olabisi Okuwobi, has called on the residents of Ejigbo to cooperate with the Police to trash criminal activities in the community in order to create peaceful environment.

Okuwobi made the call during a recent meeting with Stakeholders in Ejigbo held at the Council’s Division headquarters, stating that it is paramount to act towards a peaceful environment.

She opined that it requires a liasing between the police force and residents in the community to realize such feat.

The DPO stated that the police in Ejigbo could only commend the people of Ejigbo for their support to the police especially in the notification of criminal activities in the area, admonishing them not to cease such acts as it would be benefitial to the community.