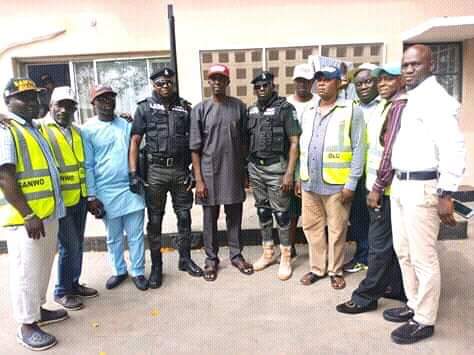 In preparation for political campaign for the All Progressive Congress (APC) governorship flag bearer in the 2019 gubernatorial election in Lagos, the Babajide Sanwo-Olu Campaign Organization (BOSCO) has met with the Chairman of Lagos State Task Force, SP Olayinka Egbeyemi, on security issues during the campaign exercise.

In a closed door meeting with the Task Force, BOSCO, led by its Director of Security, Hon.Bolaji Muse Ariyoh who doubles as the Chairman, Oshodi-Isolo Local Government, sought Egbeyemi’s support on viable strategies to ensure secured environment across the state during the campaign exercise and the forthcoming election. 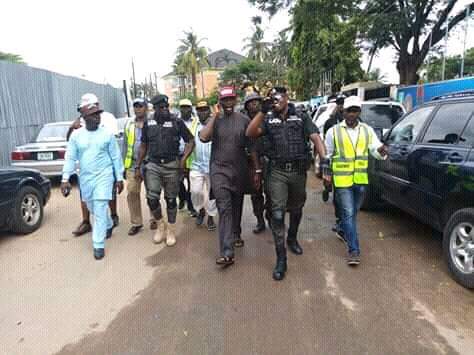 In commitment to his responsibility, Ariyoh had organised a close discussion with Egbeyemi in his office, Safety Arena, at Bolade Oshodi to solidify the strategy towards ensuring safety atmosphere during the campaign and election process.

Meanwhile, the Task Force boss assured BOSCO team of adequate security before, during and after the campaign exercise with his men on ground to maintain peace and order in the society.

He also implored politicians to coordinate their campaign activities in friendly atmosphere and warned intruders, political thugs to stay off any of the campaign venues or activities as his men would not hesitate to perform their duty.