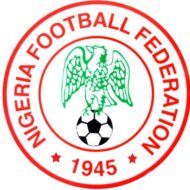 It’s a tensed atmosphere in Benin city, Edo state, the host state of the NFF election as supporters and delegates loyal to different candidates are all settled down in Benin for the NFF election.

ECHONEWS sport correspondence, Saheed Afolabi on ground can authoritatively confirm that, all presidential candidates are already in Benin including all the state FA chairmen and other candidates vying for other elective posts in NFF.