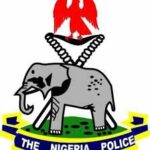 A middle-aged man was on Tuesday nabbed for allegedly stealing phones at the Isolo general hospital.

It was reported that the man was apprehended in the female ward of the hospital.

ECHONEWS learned that the suspect had visited the hospital on Monday evening under the guise of seeing one of his relatives only to start entering female wards and collecting phones while people had slept in the night.

According to an eye witness, the suspect was eventually caught in the act of stealing a phone belonging to someone who was awake.

Having been caught, the mob in the hospital descended on him, although it was reported that some top officials in the hospital came to his rescue and later handed him over to the Police.