Lekki Estates Residents and  Stakeholders Association (LERSA), the umbrella body of residents of the axis, has called on the Governor Babajide Sanwo-Olu of Lagos State to order an end to the ongoing allotment of the area earmarked for coastal road to private property developers.

LERSA made the call recently at a press conference addressed by its President, Olorogun James Emadoye.

Emadoye told journalists at the conference that residents of the area have been severely affected by the activities of private developers carrying out illegal development in places envisaged to be the coastal road.

He noted that illegal building construction projects in the area have been on the rise, due to the failure of the Lagos State Government to develop the coastal road which is the only access route for some residents in the area.

He added that previous efforts by the residents to secure ‘stop work order’ from some agencies of the state government have been futile.

”What is happening in this area is sad and unfortunate. During Babajide Sanwo-Olu’s campaign to become governor, he promised to ensure the development of the coastal road to ease the challenge residents face to reach their homes.

“We are worried because we find it difficult to now access our homes. We believe that this is also an indication that government is not ready to develop the road despite the huge revenue the state generates from Lekki.

“We are ready to support the government in developing the coastal road but the government must stop this improper allocation to developers who are not concerned about the hardship resident pass through but are only after money. What is happening here will further create problem for government in paying compensation when it eventually decided to develop the road,” he said.

While also briefing newsmen, LERSA Secretary, Gbemi Adelekan stated that residents have written to the Lagos House of Assembly over the issue and they remain optimistic that the lawmakers will give urgent attention to their complaint before the situation worsens.

“We have written to several authorities of the state government including the state House of Assembly and we are hopeful that the building projects which are already causing obstruction for resident will be stopped before it is too late. We will continue to engage the state government to fulfil its promise of creating access road for us on the coastal axis. As peace loving residents, we will not take laws into our hand to enforce our rights but we would certainly explore all options available to us to ensure that government do the right thing,” he said. 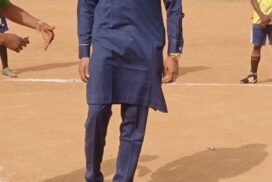 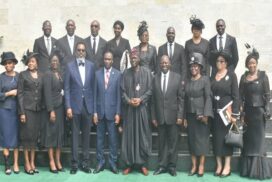 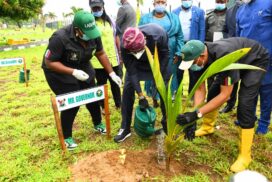 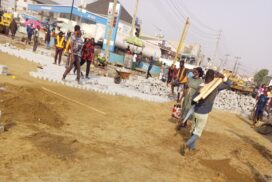