…appreciates campaign staffs as he leaves for Abuja 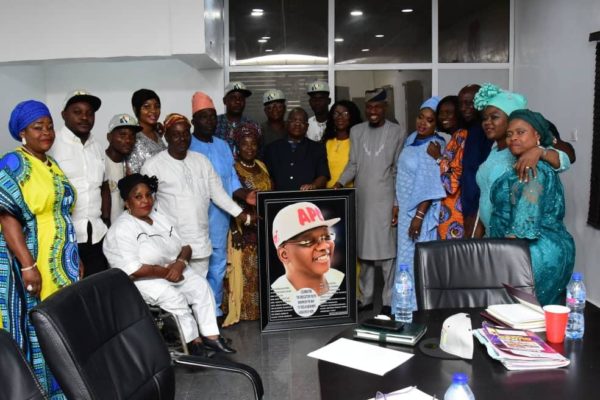 Addressing campaign staff at a thank you dinner, Rep. Johnson said although he would be leaving for Abuja to assume office in June, there would be some staff members at the office to attend to them and forward their demands to him.

He also promised to attend to their requests and fulfil his pledge to hold town hall meetings to consult the electorate and practice inclusive representation.

Rep. Johnson showered all the Directors of his campaign group and other staff members with gifts in cheque and cash. 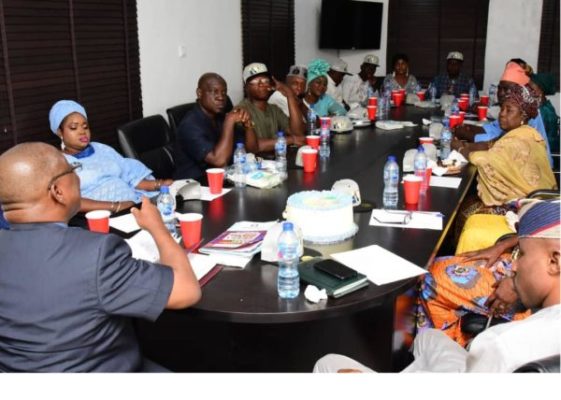 He said: “My going to Abuja will not create any gap between me and the people of my constituency as this place will automatically be converted to constituency office. There is no more election campaign so the office will now be constituency office. And since I still maintain the Lagos office here, there will communication with my office, I will come to Lagos periodically to go through all those requests, so there is no vacuum. People can come to the office and table their demands. Definitely I’m going to Abuja but I’m still in Lagos. My office can be easily located, it is accessible unless you don’t want to come there.

“On the non-Yorubas especially the Igbos, I don’t have any grudge against them. I have an Igbo as Director of Ethnic Affairs in my campaign group so you can see that I embrace them. Before, during and after the election, I have been reaching out to the Igbo communities in Isolo and Ejigbo.

“I think they were only being patriotic during the election to vote for their own person, Peter Obi, but we thank God we eventually won. So, they should be rest assured that we are still one and they will be embraced and included in all my projects and programmes. I practice open door politics. They are part of the electorate, so whatever I have to do within the constituency, I have to include them.” 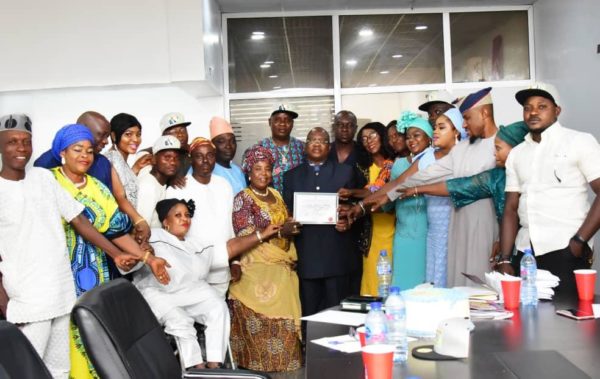 He maintained that he would continue all his empowerment programmes through his NGO where the youths and the elderly ones are always catered for. 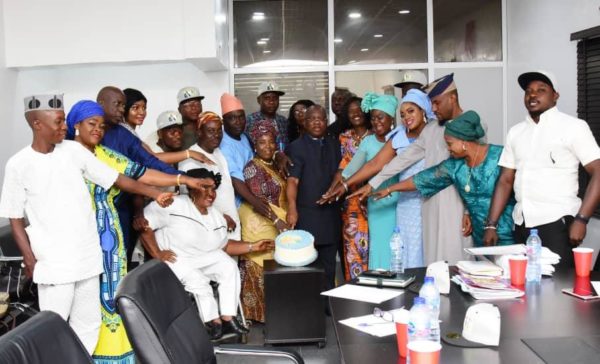 Rep. Johnson, who contested and won under the All Progressive Congress (APC), appreciated the leadership of the party especially the APC National Leader, Asiwaju Bola Hammed Tinubu and other party leaders in Isolo and Ejigbo, for giving him a platform through which he rode to his political success.

He also thanked all the various human communities such as the Muslims, Christians, the market men and women, the Yorubas, the N’digbos, the Arewas and all party members.

Commenting on him during the sendoff ceremony, the directors of the Ganiyu Johnson Independent Campaign Group, ICG), described Johnson as a leader per excellence, whose leadership and mentorship have changed their own thinking and attitude to life and politics.

They also described him as a good time manager, and a man of God who doesn’t joke with prayer “once it is time for prayer, he leaves every other thing for prayer.”

They said people in other constituencies especially Oshodi are envious of Isolo/Ejigbo people for having a personality like Johnson.

The ICG Chief of Staff, Hon. Toyin Balogun, said Johnson’s emergence as reps member is a blessing to the Oshodi-Isolo constituency II and the Lagos state as a whole.

He maintained that Johnson’s political experience and generosity would make his representation a worthwhile, and that the constituency would experience new development which would be facilitated from the federal government.

The Director General of the campaign group, Mr. Omotayo Jamiu said working with Johnson has exposed him to good behaviour, adding that he learnt a great deal about politics from him.

He commented: “I learnt good manner from him. He makes us to be important persons in the society as many people now respect us. Oga himself does respect us, he doesn’t get angry with us. Sometime we offend him but after apologizing, he forgets and accepts us. He is a very good person, working with him has been highly enjoyable.

“As he assumes office in Abuja, we pray for God’s guidance and protection for him.”

The Director of Women Affairs, Mrs. Olayemi Akinlabi Odugbemi simply said: “My journey with oga has been long. I learnt from him to be humble, to be diligent and to always keep my pride. He is my mentor; he has been guiding me since I met him. I pray for Allah’s guidance for you as you go to Abuja. But don’t forget us.”

One of the campaign Directors, Yusuf Agbabiaka, who doubles as the Chairman of Physically Challenged Person, Isolo chapter, reminded Johnson of empowerment programmes for the physically challenged persons, asking him to champion their course at the National Assembly.

He asked him to facilitate the Bill that would give them special treatment, adding that many of them are graduates but are being discriminated against even at the public services. He noted that the special queues promised them during the elections did not materialize, saying such should be legalized.

Other members of the Directorate present at the sendoff ceremony include Mr. Adebanjo Olamilekan Ikokoobe, Director of Mobilization; Alhaja Muritala Fausat, Director of Women Affairs, Ejigbo; Alhaja Adetoro Dosumu-Koko, Deputy Welfare Officer and many others.