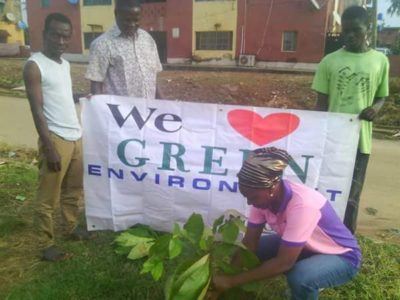 The youths in Jakande Estate, Oke Afa Isolo have collaborated with the Conservative Environmental Growth and Development Centre (CEGDEC) to mark the World Environment Day by contributing significantly towards the clearing of refuse with the motive of putting the community in a clean condition for proper inhabitation.

The youths, under the group known as Estate Youth Movement (EYM), led by Mr. Yusuf Adeyemi, embarked on the move having examined the state of the environment which was said to be ‘deteriorating’. 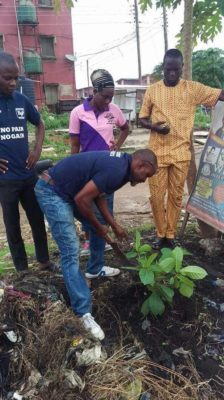 There were sights of the assembled youths who began the rehabilitation by manually fixing the major potholes in environment, putting the gutters in a better condition while wastes including plastics were cleared to pave way for tree planting for propagation of a green environment as endorsed by the Lagos State government.

According to Adeyemi, the youths in the area took the bull by the horn and partnered with the CEGDEC to actualize positive change in the residential environment.

Over the years, the campaign for the 3Rs (Reuse, Reduce and Recycle) of waste management had been ongoing in schools and amongst residents by the CEGDEC, however, this year’s is marked with the practical demonstration of cleaning up exercise, meant to continue beyond World Environment Day 2018. 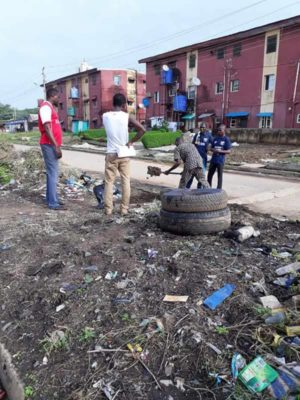 The youths also claimed that the Ejigbo LCDA has been notified and called upon in order to further improve the greener community initiative and its sustenance.

According to them, there was a courtesy visit at the Council Secretariat prior to the cleaning exercise to reiterate the need of the council’s involvement.

The representative of CEGDEC, Mrs. Maryam Olayeni, informed that the promotion of the 3Rs was the most suitable solution in curbing menace of wastes in the society.

Olayeni emphasized that all hands must be on the deck so as to continue the race to beat community waste pollution, albeit the control lies in the hands of the authority put in place for the policy enactment.

She concluded that there should be prohibition of unhealthy plastic waste dumping as its advantages outnumber the disadvantages, noting that biodegradable materials should replace plastics which are non-degradable.

The EYM thanked the untiring hands of the groups that contributed to the cleaning up exercise, while the residents at large were urged to be responsible for the wastes they generate.