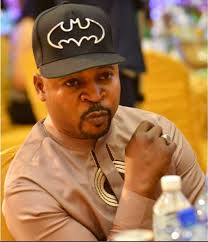 The Treasurer of National Union of Road Transport Workers (NURTW) Lagos State Chapter, Musiliu Ayinla Akinsanya popularly known as MC Oluomo of Oshodi, has revealed that, despite being a transport worker, he has never taken hard drink or smoked in his entire life.

This revelation, which is against the insinuation of many people who see him as leader of ruffians (Area boys) in Oshodi, was given by Oluomo while fielding questions from the journalists on a programme recently.

According to him, taking hard drinks or smoking Indian hemp has nothing to do with inspiration or getting power in the course of discharging his duties as a transporter and the leader of youths.

Again, against the widely belief that he controls the guys in the entire Oshodi-Isolo Local Government and in extension Lagos state, Oluomo confessed that he has limited territory where he could control within Oshodi not to talk of the entire state.

Reacting to the allegations that he facilitates mayhems within Oshodi, the NURTW treasurer debunked involvement in many of the fracas, maintaining that people usually think that all fracas that ensued in Oshodi are caused by him and his boys which, according to him, is not true.

He said, “For instance, if some people are fighting in Oshodi environs such as after railway line towards Ilupeju, which is Mushin, it would be broadcast that there is violence in Oshodi.

“You know Oshodi is a cental terminal for all travellers. Even if some people have been engaging in fight from other states or other parts of the state and end up at Oshodi, it would still be said that a war has been caused in Oshodi. And of course the causes of those fights are erroneously linked to me.”

Although Oluomo agreed that he had involved in some political riots; he believed that politics should not be a do or die affair.

He assured people that there would be no violence during the 2019 general elections in Oshodi-Isolo, adding that he was sure that All Progressive Congress (APC) would all political posts at local, state and federal levels with ease.

He further declared that he would never leave APC as far as the national leader of the party, Asiwaju Bola Ahmed Tinubu, is still in charge.

He said that he would forever follow Tinubu politically no matter what.

Advising the youths especially those who have committed themselves to gangsterism, the American citizen Oluomo said they could reach the top of success not until they involve in such violent act.

He declared that his success in life has nothing to do with hooliganism or violent activities.