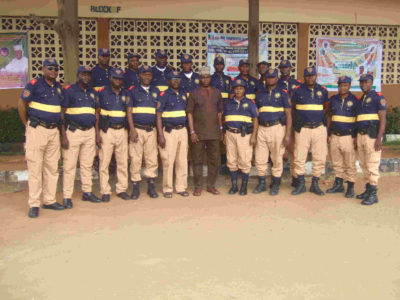 The executive chairman of Isolo Local Council Development area, Hon. Samsudeen Olaleye, has commended the Lagos state Governor, Akinwunmi Ambode for his unceasing effort in equipping the Lagos Neighborhood Safety Corps (LNSC), saying the establishment of the corps has helped greatly in taming menace of criminal at the grassroots. 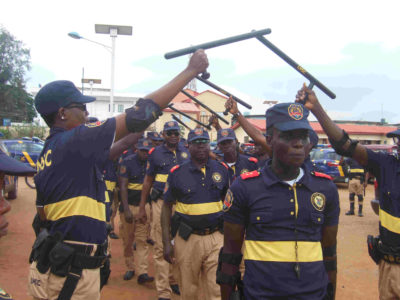 While addressing the members of the corps at the Peace and Security Meeting organized by the corps commandants of the 18 local councils in Ikeja division held at Isolo LCDA secretariat, Olaleye, who noted the effort of the officers in collaboration with the police in combating crime in the locality, said their effort was commendable, urging them to put in more effort until crimes are grinded to zero level at the grassroots.

The Ikeja Divisional Corps Commandant, Oshifade Olusegun Victor, admonished the corps members to continue solidifying their relationship with the community, encouraging them to see it as an opportunity to serve the people.

He also encouraged the officers to always be on the alert to respond swiftly to distress calls, adding that they should always work in synergy with men of the Nigeria Police Force. 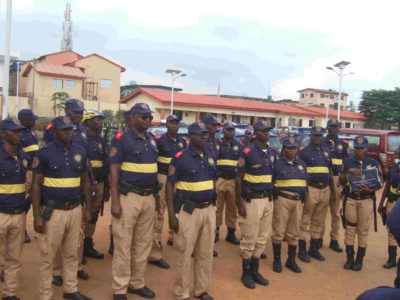 In her remark, the Corps Commandants of Isolo LCDA, Mrs.Funmilola Adekile also instructed the LNSC officers to be vigilant whenever they are carrying out their duties, adding that they should work peacefully with the people in their locality. She also admonished the community members to always get in touch with the officers in times of distress.

The LNSC was established by a law of the Lagos State House of Assembly in 2016 to assist the Police and other security agencies to maintain law and order within the state. The agency has five divisions which include Ikeja, Lagos Island, Badagary, Ikorodu and Epe. It also has stations in all the 57 LGAs/LCDAs in Lagos.