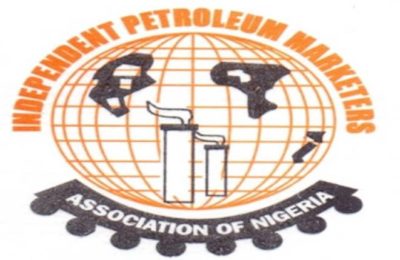 In further attempt to curb the epileptic fuel supply faced in the society, the Independent Petroleum Marketers Association of Nigeria (IPMAN) has appealed to the Federal Government to engage banks in financing the building of modular refineries in the country.

IPMAN, Ejigbo chapter, which earlier threatened a potential strike in their services as well as forecasting a likely fuel crisis, has spoken through its Western Zone chairman, Alhaji Debo Ahmed, in an interview with newsmen that the  involvement of financial institutions as regards investing in the modular refineries would go a long way in putting fuel chaos in check at the Ejigbo Depot and other depots in the country.

Ahmed said that investing in modular refineries would address refining challenges in the country, adding that government should review its policy on refined products to encourage investors into the sector.

According to him, building a modular refinery is not easy, apart from citing refinery beside the sea; one can as well cite it near a marginal oil field.

He said, “Finance is the major reason why most investors in the modular refineries abandoned it.

“No bank is ready to give loan to any investor in modular refineries; that was why it was just only two out of 40 investors given licences that were able to build it. Government should engage the banks to provide the finance needed for building modular refineries.”

The IPMAN boss also beseeched the government to overhaul the sector to encourage private investors, stressing that it was obvious that finance was the problem of building modular refineries.

He stated that there was need for government to work with the licence owners to address the issue of sourcing for finance from the banks to build the refineries.

Ahmed added that financing modular refineries by banks would go a long way in addressing petroleum products challenges in most depots in the country. He hinted that currently the Ejigbo Depot and other four depots within the South West, comprising Mosinmi, Ore, Ilorin and Ibadan, hardly got 30 trucks of petrol for IPMAN members.

“Modular refineries should be encouraged and supported in Nigeria because NNPC had no capacity to meet the nation’s total petrol demand.

“NNPC being the sole importer and distributor of petrol is not good for the nation’s economy because many marketers were deprived of importing due to inability to access foreign exchange.”

He said that fuel scarcity would only abate if the NNPC could massively import petrol and distribute through IPMAN, Major Oil Marketers Association of Nigeria and the NNPC retail outlets or the corporation’s mega stations.

Ahmed, however, suggested that 60 per cent should be allocated to IPMAN; MOMAN 20 per cent; and the remaining 20 per cent to the NNPC mega stations.

He stated, “The fuel scarcity will definitely continue; there is no product in the system. NNPC has no capacity to do the job it is doing now; that is importing sufficient petroleum products.

“Because of subsidy, they disallowed marketers from importing and as such the importations cannot meet the demand.”