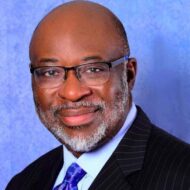 The Betsy Obaseki Women Football Tournament is been adjudged to be one of the best women preseason tournament in Nigeria and Africa as it centered around the development of women football and preaching about topics that has to do with women football players.

The chairman of Lagos State Football Association (LSFA) and also the first vice president of NFF, Barrister Seyi Akinwunmi said he’s impressed with the professionalism behind the tournament and gave kudos to the organizers.

The strong advocate of women football development in Nigeria added that the topic chosen to headline this year’s edition ‘Say No To Drugs’ is a message that’s loud and goes through the heart of sports because so many athletes have had their career shortlived due to drugs intake.

“I’m very proud to have been at the first edition and as a lover and advocate for the development of women football, I saw many of the girls that have played in Eko football that now play for different clubs in the country and I’m also impressed with the professionalism behind the tournament and I came this year to show my support to it and now it has a good topic behind it which is Say No To Drugs and it will be used to pass a message to all footballers out there and we all need football to spread good news and messages.

“Say No To Drugs is a message that’s very loud, it’s a message that goes through the heart of sport because the performance enhancing drugs is cheating, so you need to get that into the minds of this footballers and the one that’s very difficult are the addicts that takes hard drugs and I’ve seen many people that their lives have been destroyed by drugs, sometimes is peer pressure. So we need to say it loud and clear, that they must say No To Drugs because it destroys life.”