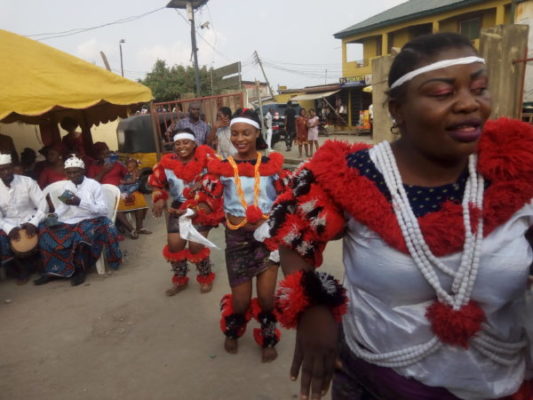 There was a face off like between the James Annibest led Isolo South-South People and their counterpart in Ejigbo on Sunday as the two groups disagreed on sharing of the money realised during the Isolo South-South Annual Cultural Festival.

Echonews gathered that about N370,000 was realised on the programme and from the launching of 2019 Isolo South-South calendar.

The money included the donation of N200,000 by the candidate of All Progressives Congress  (APC) for the Federal House of Assembly under Oshodi-Isolo constituency II, Engr. Ganiyu Johnson; N150.000 announced to be donated by the Lagos House of Assembly member representing Oshodi-Isolo constituency II, Hon. Sir Jude Emeka Idimogu as well as the N20,000 promised by the Secretary to the Ejigbo LCDA, Hon. Paul Fregene Omatseye.

Trouble erupted when the Ejigbo South-South People led by Omatseye, wanted to go away with the sum of N270,000, leaving only N100,000 to the convener of the programme.

It was learnt that the issue has been settled but there is still row between the leaders of the two groups.

The attention of the APC leaders in Isolo and Ejigbo has been drawn to settle the matter for the sake of the party.