The Extra Quality Ramadan Cup will see two top teams battle it out for the eventual champions of the tournament holding at Eko Boys high school, Mushin.

Jumez International from Surulere became the first team to reach the final of the Extra Quality Ramadan Cup after defeating King Spor FC 4-1 in the penalty shootout in the first game and also beat VFS FA 3-2 in the semi-final to clinch a spot in the final.

While FC Brave skip past Diadem Stallion 2-0 in their first game and defeated Utility Sport in the second game to have a claim for the trophy in the final.

It will be a cracker between both sides as Jumez International will be banking on their pacy attackers to get the job done for them and FC Brave will be calling on their creative midfielders to beat their opponent. 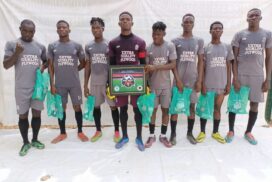 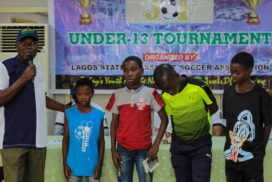