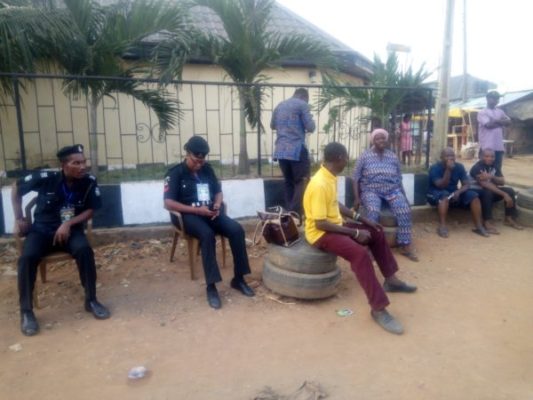 Electorate across Oshodi-Isolo Local Government Area were out of patience as voting exercise was delayed in virtually all the polling units. 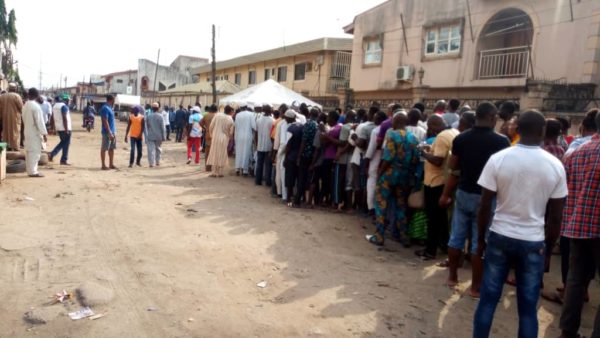 When Echonews went round the local government area, it observed that the officials arrived at polling units such as polling units 012 and 013 Okota, Isolo LCDA, the All Progressives Party (APC) House of Representatives candidate for Oshodi-Isolo Constituency I, Engr. Ganiyu Johnson.

Earlier, it was reported that some hoodlums who were alleged to be members of Oodua Peoples Congress conveyed by about five tricycles stormed the polling unit and ordered the Igbos at the polling unit to go to their village and that they should not vote there.

it was also gathered that a yet to be identified voter who tried to camera them was whisked away with his phone. he had not be returned as at the time Echonews visited the unit.

In Oshodi, the electoral officials did not arrive at polling units 022 and 023, Church street, Oshodi until some minutes after 10. 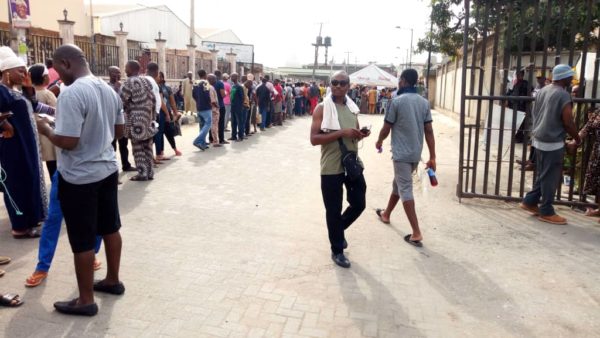 Till the time of filing this report at 11:20am, electoral exercise has not commenced at some polling units such as polling units 026 in Okota, 002 Alagbeji Ward, 001 in Ajao Estate, 021 and 022 at Adams street, Ejigbo – the polling unit of the Lagos State Commissioner for Information and strategy, Kehinde Bamigbetan, where Echonews visited.

It was the same situation at PU 041, Ailegun Ward, PU 016 in Oke Afa Ward as well as PU 37, Falana Ejigbo where some electorate lamented as they waited till around after 12noon before the arrival of the INEC officials.

At the PU 034, Apena ward, Isolo LCDA, the officials arrived 10 minutes past 11 and only few people have voted as the exercise was distrupted twice by some polical thugs who scared people away with broken bottles. 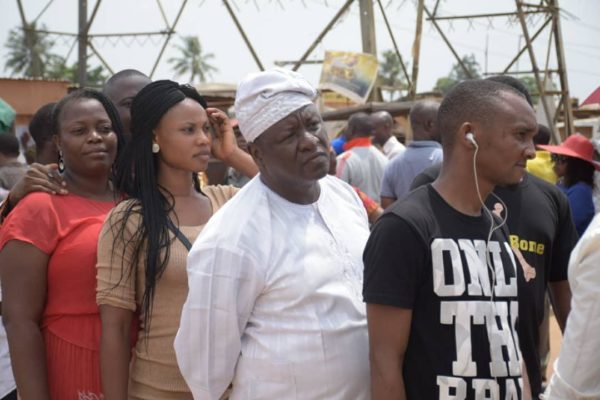 At ward F2, PU 043 Okota, the exercise didn’t commence until after 12. however, it began earlier at the PU 044, the process was peaceful as the security personnel were on ground to manage the proceedings.

At PU 005, Ire-Akari Estate, a voter had this to say: “What we actually experienced earlier before now is that the election materials did not come here on time until about 12noon. They started accreditation and all that. They did accreditation and voting simultaneously as against how it was done in the previous elections. One of the challenges we had was that the card reader failed at some point, it took me like 45 minutes to vote all because of the card reader.

“So many other persons had such experience. Definitely in a situation like this, you’ll expect anomaly from the so called canvasser or party agent. Both parties, I don’t want to mention names, their canvassers will give you some amount, if you tell them they shouldn’t worry about whom you’re voting for, and will offer you some money. They came to me but how much would they give that will make me sell my vote for the next four years and I’ll continue to suffer. I told the guy no, I have a party in mind which I’ll be voting for. He said which party, I said I know the party I’m voting for.

The electoral exercise was stagnant at Polling Units 006 and 007, Oke-Afa ward due to issues affecting card reading machines.

The situation stalled the process as the electorate expressed dissatisfaction. However, the INEC officials put up measures to get the situation attended to.