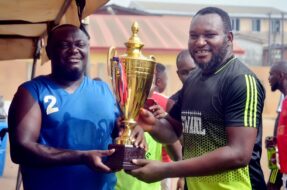 The Eko 11 Football tournament saw a new champion as Team A won the competition by defeating Team B by a lone goal in the game.

The goal which came at the 65th minute of play and was enough to secure a great win for the Team A side who have dominated proceedings of the game. 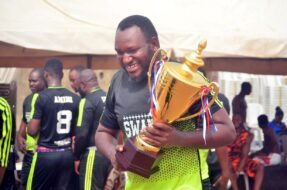 The match started on a low tempo as both teams tried to structure their defense line and make sure they avert any mistake in the first 45 minutes of play. 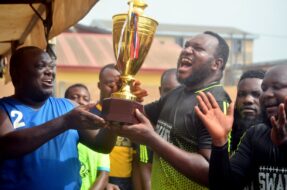 The Team B were resilient in their defense as their goalkeeper saved them numerous times in the game.

Team A were guilty of throwing away chances that should have been at the back of the net as they searched further for the breakthrough moment.

It was a moment to technical brilliance and composure as Team A took the lead in the encounter with a great finish to place the team in the driving seat of the match.

The last ten minutes of the game was a show of the Team B side as they threw all what they have got in their tank to get a equalizer and force the game into penalty shootout but met a brick wall of defensive brilliance from the Team A side as they emerged champions of the Eko 11 Football Tournament.