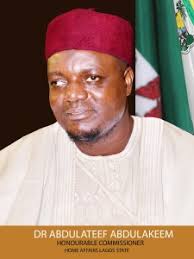 The Lagos State Commissioner for Home Affairs, Hon. Abdulateef Abdulhakeem, has commemorated the traditional ruler of Ejigbo, Oba Moruf Adisa Ojoola, whom he described as the backbone to many indigenes and residents of the community while disclosing that the Oba facilitated his political and professional successes to date. 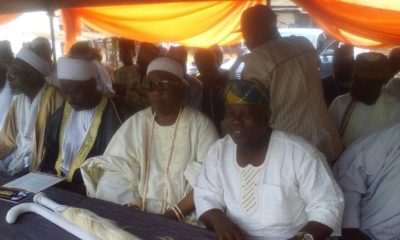 Speaking at a forum recently, the Commissioner said that the traditional ruler aided his political pursuit by giving him utmost recognition which presented a chance for him to begin his journey in politics, adding that the royal figure also helped him in his tussle to achieve success in his profession as a lawyer.

Abdulhakeem hinted that lots of other political figures from the Ejigbo community have also achieved in one way or the other from the traditional ruler in reaching their respective political destination.

According to him, Oba Ojoola also put in his efforts to facilitate the appointment of the new Chief Imam of Ejigbo community.

“When Oba Moruf Ojoola was being coronated as the King of Ejigbo, I was in the palace and I remembered there were lots of cheers during the ceremony,” started Abdulateef.

He continued, “I was in his Palace when politicians in Lagos State came visiting and he told them that I was his son. He actually vouched for me and my political journey has been good since then. I contested and became a Honourable member.

“Also in my profession, having qualified to be a lawyer, he made provision of an office for me to carry out my professional skills and that has really helped me a lot.

“In his time as the Oba of Ejigbo, I became Special Adviser to the Governor of Lagos State. In addition to that, I am now a Honourable Commissioner for Home Affairs.

“I believe it’s a pleasure to have contact with him. Also in his time today, an Ejigbo indigene became the Council Chairman. It shows that his time as the ruler in Ejigbo is really productive.”