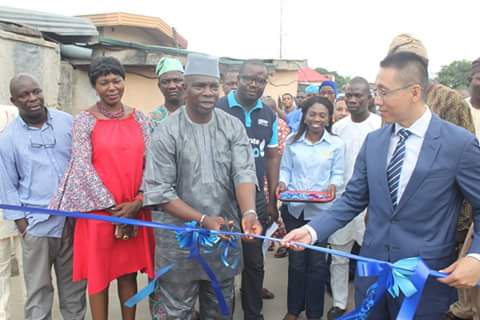 The road project, which is off Emzor Road that leads directly to the company premises, was bankrolled by the company but supervised by the Works and Infrastructure Department of the council. 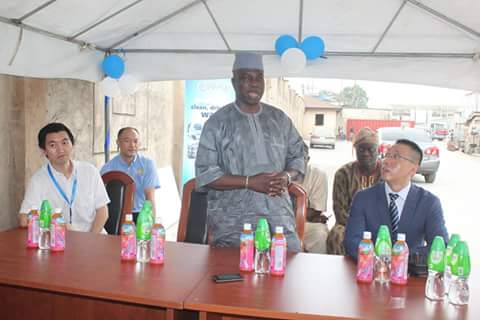 In a brief opening ceremony, the General Manager of the company, Mr. Sean Fang Xiao said that the company which began operations in year 2000 has grown from a small company to become one of the household names in food and beverages by enjoying the support of end-users, government and the general public.

For this, the GM informed that with the support the company has enjoyed since its inception, the company felt oblige to give back to its host community by constructing the road for the benefit of not only the company but other companies in the locality as a form of Community Social Responsibility (CSR). 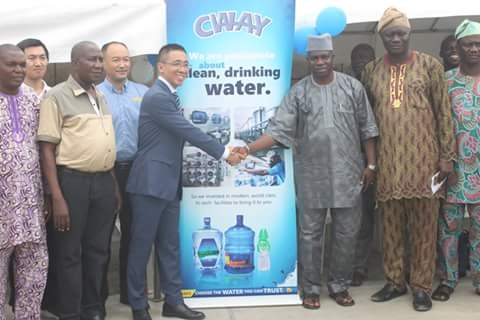 “We have developed and completed this road as part of our CSR initiative not only for the benefit of our company but for other companies within our vicinity,” the GM said.

He therefore appreciated the council chairman for partnering with the company to successfully execute the project and also finding time out of his busy schedule to attend the opening ceremony.

In his remark at the event, the council boss said that he was happy to have been invited to a rare occasion such as the project commissioning. 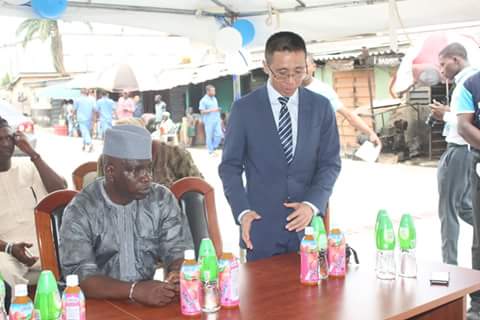 “It is uncommon to see a company uphold a CSR effort without being forced or coerced. For this, I appreciate CWAY and I want to enjoin other companies to do same. They approached my office to seek for approval for the construction of this road; I wasted no time in giving them approval.”

Like Oliver Twist, the council boss asked for more from the company, “We enjoin you to do more because you are the major beneficiary of this road which leads directly to your company’s premises.

“You can still do more by employing our youths many of whom are jobless and we will continue to support you for as long as you are socially responsibility to your host community. We make bold to say that Isolo is one of the safest in Lagos State to site a company because we do not have record of cime and criminality as well a social unrest.

“We want you to partner more with Isolo LCDA. We want you to join us in developing our area through education, health, infrastructural development and Public Private Partnership (PPP) to engender development.

“We are still coming back to seek for more partnership and we would beseech you to feel free to seek for our support anytime the need arise,” the council boss intoned.

Thereafter, Olaleye alongside members of his executives led by the Secretary to the Local Government (SLG), Hon. Kolawole Olojede and other officials of the company cut the tape to declare the newly constructed road open.