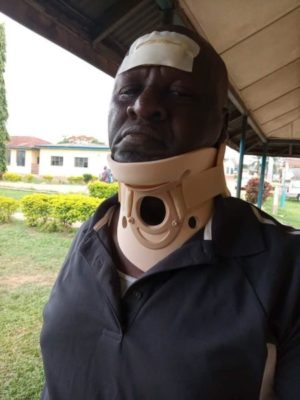 The Lagos State Commissioner for Information and Strategy, Hon. Kehinde Bamigbetan on Sunday involved in a serious accident along Ife-Ibadan Road while coming back from his farm in Ife.
His Jeep car ran into a bullion van while on the high speed. 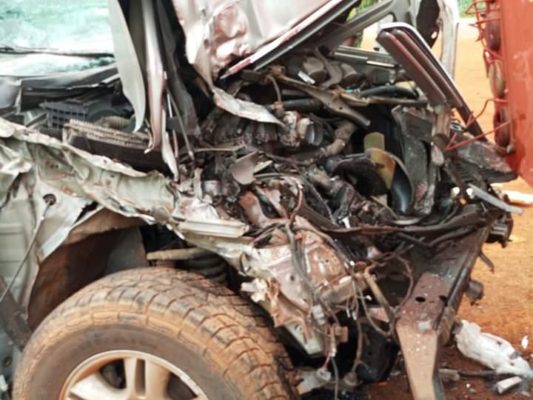 It was reported that his driver was sleeping on high speed and ran into an armoured while the commissioner was also having a nap at the rear seat of the car.
The Commissioner wrote on his facebook page: “His mercy endures forever. The driver drove into an armoured carrier on our way from the farm. I was taking a nap in the rear seat. The impact flung me at the windscreen. He dozed off on speed. But our Creator was in charge.  He saved us from the calamity. To God be the glory.” 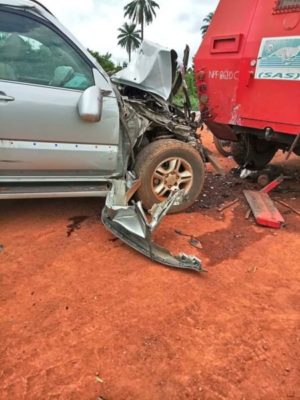 It was gathered that the Commissioner left Lagos for Ife on Saturday to inspect his farm and was returning to Lagos on Sunday when the accident occurred.