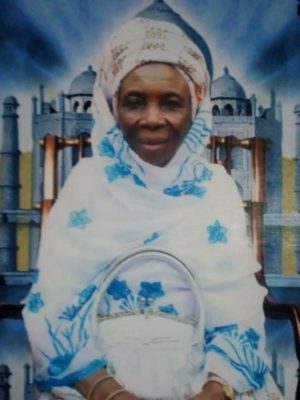 The Elewu of Ewuland, Oba Shakirudeen Adeshina Kuti (Eru-Ifa1) has lamented that he would greatly miss the pricey pieces of advice he got from his mother, Alhaja Tawakalitu Talabi Ogundipe Kuti, who died on Saturday, May 11, 2019.

The royal mother died at the age of 85 years after a brief illness that got her admitted in the hospital late last month, April. 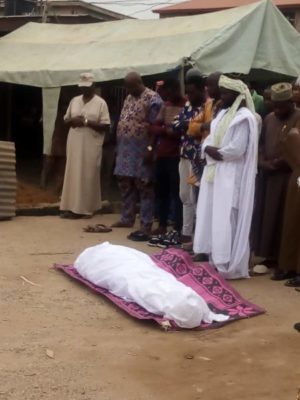 The monarch said besides her advisory role, he would equally miss her maternal love, care and support which had been keeping him going, adding that he would have to summon the courage and draw new strength to move on in the struggle of life.

In his words: “It is not easy to lose a close relations let alone a dear mother, but there is nothing we can do, it has happened. I will summon courage and continue the struggle. I will draw up the strength to move on in life.”

The officiating Chief Imam that led the burial, Imam Abdulwasil Dawodu Talabi Ogundipe confirmed that late Alhaja Kuti was very fervent in Islamic religion that she was conferred the title of Otun Iya Adini, adding that the mosque has been keying into her numerous pieces of advice as many other people keep following her footsteps.

First Olori, Adesola Kuti said that the loss was a great one to them as she would miss many things she used to share with the deceased, praying to Allah to forgive her sins and grant her Aljanna Fridouz.

Also, the second Olori, Olori Aarinola Kuti recounted how the deceased used to be her confidant and always advised her on various issues.

Olori kekere, Olori Adedoyin Kuti said: “The little pains she went through before departing was painful to me because she was not just a mother-in-law but a mother to all the wives and the community. I cannot forget her forever especially her policies for she taught me so many things.”

Late Alhaja Kuti’s last born, Prince Shafiu Olalekan Kuti also expressed his sadness over the death of his mother, describing his closeness to her as inseparable one.

“Mama would not eat if I didn’t eat. I will miss her a lot as the space she had created cannot be filled by anyone.”

Other who mourned the death of Alhaja Kuti include one of her close friends, Ayoka kibisiru, her grandchildren – Mojirade (granddaughter) who disclosed that the late grandmother took up the task of teaching her Awori language and Adesukanmi (grandson).