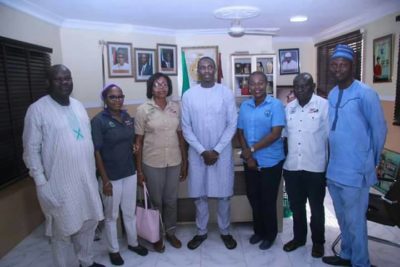 Bond FM 92.9, a branch of Radio Nigeria situated at Ikeja GRA, has declared intention to enter into partnership with Oshodi-Isolo Local Government in the aspect of information dissemination to the public especially as concern the policies and developmental projects being carried out by the local government authority.

According to the radio station, the partnership would keep the citizen of the local government area abreast of the works being done by the government and also make them aware of the policies that guide their citizenship of the community. 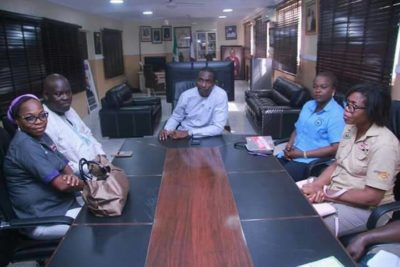 The General Manager of the station, Mrs. Adenike Adegoke made this known during the courtesy visit by the management team of the radio to the local government authority over the weekend.

Addressing the gathering, Adegoke said the major purpose of the visit was to validate the existing relationship between the radio station and the local government authority, adding that the station was also trying to broaden its interaction with corporate organizations and government establishments.

“The reason for the courtesy visit is to cement the existing relationship between the Local Government Authority and the station and also to let the people know more about the core values of the station as  captured in its objectives.

She said, “We are grassroots radio station which broadcasts in three major languages of the country just to ensure that people stayed informed as they are connected to the world through the power of information dissemination.” 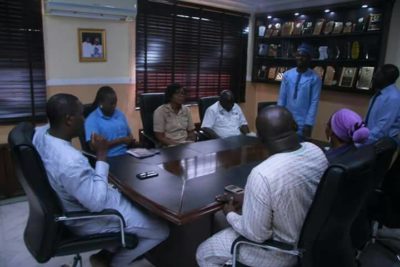 Having noticed the spate of development going on within oshodi-Isolo local government area, the radio boss, who could not hide her joy, promised that the radio station would be ready at any time to partner with the local government to disseminate the laudable achievements to wider public through numerous programmes in various languages on the station.

He commented, “Bond FM 92.9 has come to stay and is among the popular radio stations with wider listeners across the state due to numerous programmes of the station in various languages.

“Information is life and everybody needs information, almost all homes in every community listen to ‘Koko inu Iwe iroyin’ a summary of Nigeria newspapers in Yoruba language, a culture which I can boldly credit to your station 92.9 FM.”

The LG boss, who listed some of the achievements of his administration during the interactive session with the management team of the  radio station, assured the people of the community of his determination to take the local government to the next level.

Among the team on the visit were the Head of News, Alhaji Wahaab Akosile; the Head of Programs, Wale Adeyemi; the Head of Marketing, Mrs Dorothy Aralu; and the radio’s correspondents, Mrs. Ajelara S. l. and Taoreed Abdullahi.