…as stakeholders harp on child safety 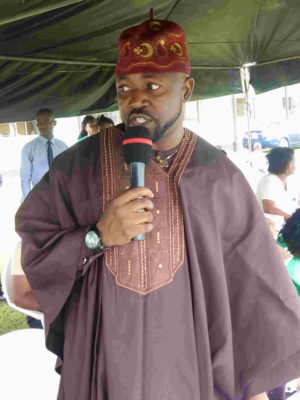 As children were celebrated world over, the Leader of the councillors, Isolo Local Council Development Area (LCDA), Hon. Remy Shittu Remy, has admonished the parents and guardians to allow their children to explore their talents and choose their own careers that align with their God’s gifts rather than choosing for them.

Remy gave the advice during the 2018 Children’s Day ceremony with the theme “Safeguarding the Nigerian Child” organized by The Remy Shittu Foundation (TRSF) in conjunction with National Association of Proprietors of Private Schools (NAPPS) Oshodi-Isolo chapter, held at Ansardeen College, Isolo. 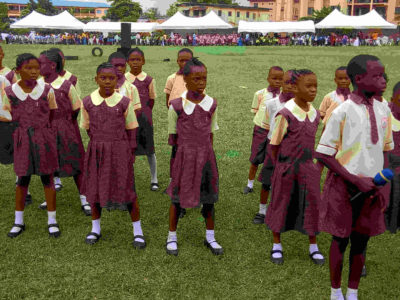 Speaking with the journalists on how to achieve the objective of the theme of this year’s Children’s Day, the councilor, who doubled as the Chairman of the occasion, disclosed that Isolo LCDA legislature has promulgated a law to guarantee the safety of the children within the local area.

According to him, the law ascribes severe punishment to any parent whose child is caught having around, adding that most children are kidnapped in the process of hawking.

The Lagos State NAPPS President, Alhaji Wasiu Adumadeyin, who noted that the rate at which children were susceptible to trafficking and other forms of insecurity especially the havoc wrecked on the children by Boko Haram in the northern part of the state, said the theme was not only timely but also appropriate given the current reality of insecurity and vulnerability of Nigerian Child.

The President, who was represented by Pastor Taiwo Fatai said, “It will be out of place to say that Nigerian child intelligent, smart, clever and inquisitive for knowledge. 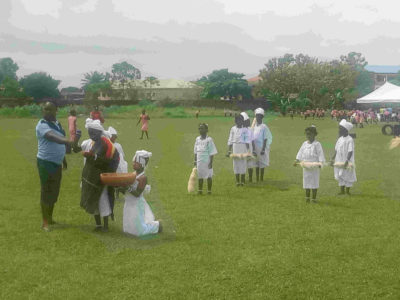 “At the same time, we can also say that the Nigerian child has been deprived, abused and denied good things of life.

“The Nigerian child needs to be safeguarded and this is the battle which must be fought with all honesty by all parents, educators, NGOs, government and all her agencies.

“We must safe the Nigerian child from child labour, social abuse, domestic violence and child trafficking.

“The government at all levels must formulate adequate policies aimed at ameliorating challenges militating against the safety of our children.” 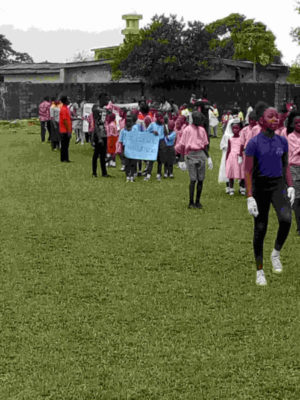 He also emphasized on the need for the stakeholders to identify and nurture potentials and talents of child through provision of formal and qualitative education for national development.

Also speaking, the NAPPS Chairman, Oshodi-Isolo chapter, Rev. Dr. Abiola Jonathan Olaoye reiterated the need for the safety of the children, saying it is when they are safe that they can be moulded to be useful to the nation.