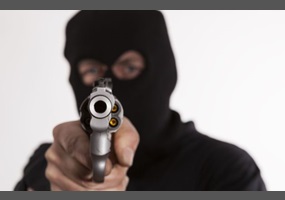 Some suspected robbers detained at Ashamu Police station, Ejigbo have been charged with another robbery act at the station.

The robbers, initially apprehended and under prosecution in the hands of the police, were said to have at around night hours committed the robbery act, made way out of the cell when the officers were on duty, vandalizing a Toyota Camry car with registration number LSR 412 AC, removed the brain box worth thousands of naira and escaped.

Sources disclosed to the police who the robbers are after the car owner, Aderieje Rita raised alarm, the police nabbed one of the suspects named Dikachi Onyeze.

Onyeze was later charged before the Ejigbo Magistrates court for conspiracy and stealing with others at large. He pleaded not guilty.

The prosecutor, Supol Kenneth Asibor, asked the court for a date for trial since he pleaded not guilty.

The Presiding Magistrate, Teslimi Shomade granted Onyeze bail in the sum of N100,000 with two sureties in like sum. He was remanded in prison custody pending when he will perfect the bail condition.