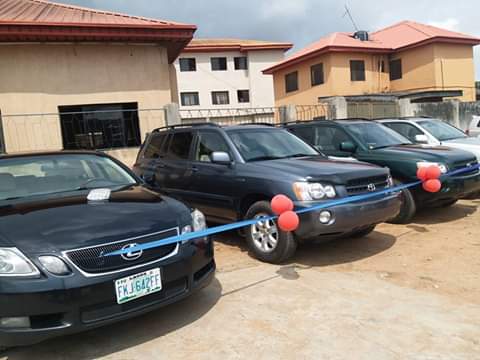 The Chairman of Ejigbo Local Council Development Area (LCDA), Hon. Monsuru Oloyede Bello, has charged hi ls cabinet members and other management staffs to be more efficient in the discharge of their duties as he distributed official cars to them.

Speaking at the commissioning of the cars, the Local Council boss said the cars were procured for them in order to enhance their performance towards the growth and development if the council area.

Bello told the beneficiaries who include the Vice Chairman, the Secretary to the Local Government (SLG), the Council Manager, the Council Leader, Special Advisers to the Chairman and the Supervisory Councillors to make good use of the vehicle, saying the vehicles were not for frivolity but to enhance productivity.

Bello appealed to the beneficiaries to make effort in their own capacity towards developing the community, saying the cars were purchased with taxpayers’ money.

He said they remain the hope of the grassroots people for their own dividends of democracy.

For sustainability, Bello noted that his administration has procured the cars – Highlander Jeeps that could withstand the weather of the environment and the conditions of the roads across the state. 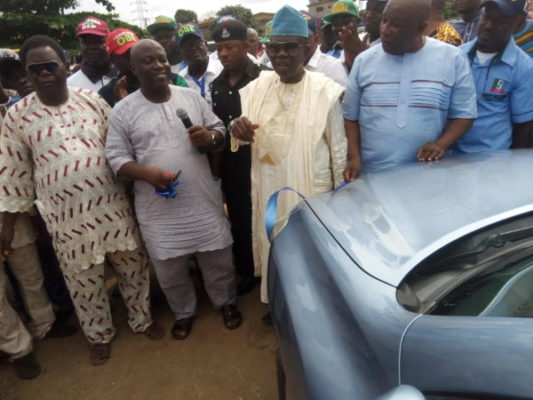 He however stated that the cars were not personal properties of the beneficiaries but could become theirs at the expiration if their tenure if they are able to pay what is required of them to own the cars.

He said the system permits them to own the cars as their personal properties at the end of their tenure but could not say what would be required of them to own the property yet.

Furthermore, the Chairman stated that his administration was working harder to make Ejigbo LCDA Secretariat the best in Lagos state hence, the commencement of the ongoing renovation of the council Secretariat.

He promised that other administrative staff members would also get their own official cars very soon. 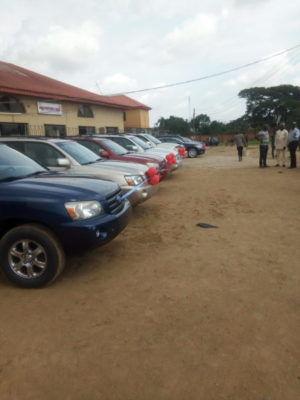 In her welcome address, the Head of Administration, Mrs. Iyabode Ogunyemi, charged to the heads of various Community Development Associations (CDAs) to appeal to the people to pay their taxes and dues to the local government.

She noted that without the dues, the government would not be able to carry out any developmental projects in the community.

She however warned them, saying the government would not take it lightly with any defaulter.

Appreciating the Chairman’s gesture on behalf of other councillors, the Council Leader, Hon. Lanre Akinbowale, said that the legislative arm would continue to support the executive arm on the development of the community.

He said that since the two arms of government target the same goal, there is synergy between them and that the relationship would continue to VB be cordial in other to achieve their goals.

He however said that with the official cars, there would be optimal performance and result from the duties of each and every beneficiary.