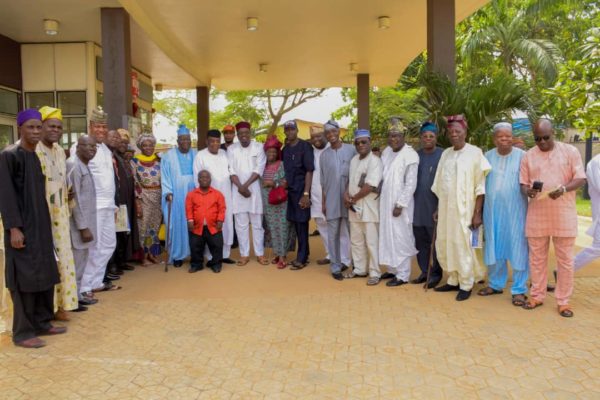 A last-minute rally of rival leaders in the leadership of the All Progressives Congress (APC), Oshodi-Isolo Local Government Area is lifting the chances of reclaiming federal and state legislative seats in the 2019 federal polls.

The APC lost the two House of Representatives seats and two House of Assembly seats in the LGA to the rival Peoples Democratic Party in the 2015 polls.

Both picked the ticket in line with the crossover deal brokered by House of Assembly Speaker, Mudasiru Obasa, and the APC caucus in the House of Assembly, assuring them of safe tickets if they dumped their party for the APC.

Despite stiff challenges in the primaries by core party stalwarts, the House caucus was able to convince the party to save its face and allow the incumbents run.

Their emergence disrupted alliances in the party and threw spinners in several election schemes thus making it necessary to embark on fence-mending moves.

Similarly, the emergence of House of Representatives candidates, Dr. Bashir Ayinla Dawodu, in the first constituency and Engr. Ganiyu Abiodun Johnson in the second constituency required the candidates to reach out to fellow aspirants to bury the hatchet and work together to defeat the candidates from other parties.

No fewer than 30 parties fielding 249 House of Assembly candidates and 299 House of Representatives candidates are competing for votes in both elections. About 15 of the parties have candidates in Oshodi-Isolo LGA.

Candidate for House of Representatives in constituency II, Engr. Johnson was the first on record to convene a meeting of fellow aspirants on Thursday October 25 this year to appeal to them to close ranks and defray part of their campaign costs.

Similarly, the candidate for the House of Assembly in the constituency, Hon. Idimogu has been reaching out to those who opposed him in the primaries and visiting groups to forge fresh alliances.

Reports from constituency 1, indicating that reconciliation efforts by candidates were too feeble to build assurances among stakeholders and solidify the party for the polls, prompted the need to rally forces.

It was also felt that leaders of the constituency who belonged to the party’s apex ruling organ in the state – the Governor‘s Advisory Council (GAC), erstwhile State APC chairman, Chief Oladele Ajomale, and the Deputy Chairman of the defunct Alliance for Democracy (AD), Chief Imran Taiwo, should close ranks and speak with one voice at the influential forum to push the LGA’s agenda.

The need to unite the party for easy win led a team of concerned stakeholders including former Commissioner for Finance under the Babatunde Fashola administration, Mr Ayo Gbeleyi, to revive a leadership meeting of leaders and elders at the Ibis Hotel, Ajao Estate on Tuesday December 24, 2019.

The meeting set up a reconciliation committee which included both GAC leaders and the Director, conflict resolution of the Gubernatorial Independent Campaign Group, Dr. Abdulateef Abdulhakeem to unite all disaffected individuals, groups and aspirants as quickly as possible before the flag-off of campaigns.

The forum’s scribe, Mr. Wale Adelana, who doubles as the Director of Ethnic Groups Mobilisation in the APC Governorship campaign, sent out the notices for the meeting.