Who owns it? Police investigates bus load of stolen slippers

By Abolaji Adebayo and Felix Kuyinu 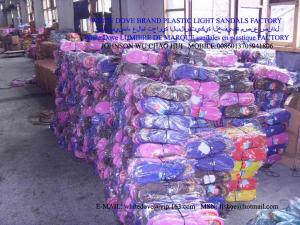 Police intelligence officers are still investigating the source of thousands of slippers believed to be stolen from a manufacturing company by 11 persons, nine of them still at large.

The police acted on a tipoff by vigilante men of the Oodua Peoples Congress who suspected that the slippers being offloaded from a white and lemon bus at 1.30am on December 15, 2018 was unusual.

The OPC Coordinator (Otuba Gani Adams Faction), Oluwalogbon Zone, Ejigbo, Gbenga Agunbiade, told Echonews that he noticed a white bus being parked on Jubril Olabisi Street, Ejigbo around 1:30 in the midnight which he suspected to be abnormal at that time of the day.

He said he approached the bus to verify its purpose but was met with some guys who offered him N500 bribe. 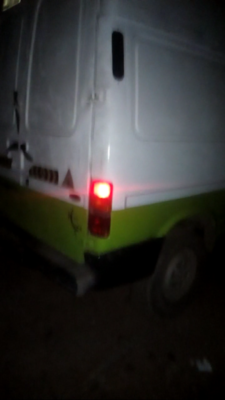 The bus used to convey the slippers

He said, “When I noticed that a bus was driven into the street, I approached it and I saw three men come out of the bus, later they increased in number to about six. I asked them where they were going with the bus at that particular point in time, they initially told me they were taking the goods in the bus to Abuja. When I inquired further the reason for parking on that street, they offered me N500 to let them be, at that time about eleven of them had surrounded me. They later told me that they were going to Olusesi Close, that is a street off the street (Jubril Olabisi Street) I was manning as a security personnel.

“I asked them to leave the street under my watch, but they refused. Then I went to recoup my guys. Immediately they saw us coming armed, they quickly drove the bus to No 20, Olusesi Close, where they offloaded the goods in the bus.

“When I saw this, I called the DPO of Ejigbo Police Station who sent her team immediately.

Echonews learnt that the police began investigations immediately by visiting three manufacturing companies in Ajao estate to ask if their inventories showed any loss of goods but rain out of luck as they did not receive the necessary co-operation.

However, the Divisional Police Officer (DPO), Ejigbo Police Station, CSP Olabisi Okuwobi, told Echonews that the matter was still under investigation as no company has been identified as the owner of the suspected stolen goods.