Anthony Joshua and Deontay Wilder fight will happen in 2022 – Hearn 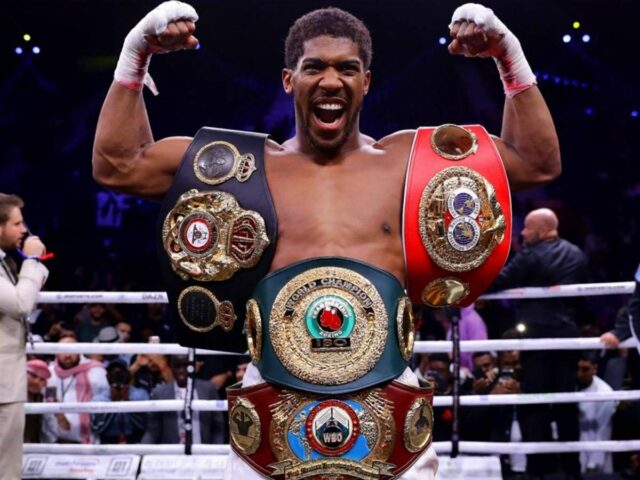 The explosive showdown between Anthony Joshua and Deontay Wilder will not happen until 2022, boxing promoter Eddie Hearn said.

Joshua’s attempt to agree a deal with Wilder has been frustrated over the years until Tyson Fury snatched the WBC belt from Wilder by knocking him out in a brutal way.

Joshua, who is currently the holder of the WBO, IBF and WBA boxing belts, is holding talks with Tyson Fury over a 2-match fight which will unify the belts in the heavyweight division.

“Deontay Wilder knows he turned down t he deal of a lifetime to fight Anthony Joshua but he made his bed and respects him. I want to see him back in the ring.

“All we’re focusing on is the Tyson Fury fight, and anything else happens in 2022, because those two fights will be our plan for 2021,” Hearn said.

He added: “For me, I would like to see Dillian Whyte fight Deontay Wilder but he has to deal with Povetkin.

“Focus on the now, focus on the reality, and Deontay Wilder, I’m sure he’ll be in big fights but for us, we know our plans for 2021.”