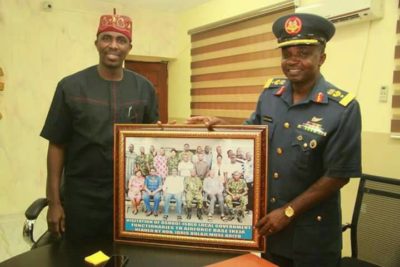 As a move towards building on the existing relationship between the civil society and the Military, the Men of the Nigerian Air force from Sam Ethan Air force Base, Ikeja, recently paid a courtesy visit to the Executive Chairman of Oshodi – Isolo Local Government, Hon. Idris Bolaji Muse-Ariyoh at the Local Government Secretariat, Oshodi.

Addressing the gathering, the Commandant of Sam Ethan Air force base, Air Commodore M. O. Olatunji explained that the purpose of the visit was to reach out to neighbours as part of civil-military relations in line with one of the key agendas of the Chief of the Air Staff which focus on Comradeship, Regimentation and inter-service cooperation.

According to him, the visitation was borne out of building on the existing cordial relationship between the Local Government Authority and the Military to consolidate the relative peace enjoyed so far. 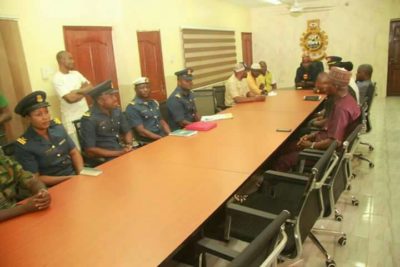 “Also, it is very important we appreciate the support of the Executive Chairman, Hon. Idris Bolaji Muse-Ariyoh for his efforts in putting some of our roads in the Base in good condition through rehabilitation. We hold his kind gesture in high esteem,” Olatunji acknowledged.

In his response, Ariyoh, who expressed Joy receiving the Men of Nigerian Air force to the local council, appreciated them for keeping peace within the community,

He said, “I really don’t know the choice of words to use to appreciate you for the wonderful work you have been doing in ensuring that the relative peace of our community is not shattered.

“Your Swift responses to our distress calls or security threats have assisted in curbing and curtailing crimes and insecurity in our community.” 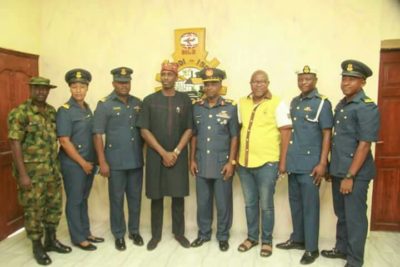 The local government chairman also acknowledged the cordial relations which existed between the military men and the civilian community exhibited through the sanitation exercise embarked upon by the men of the Air force in some part of the communities some months ago to ensure a clean environment.