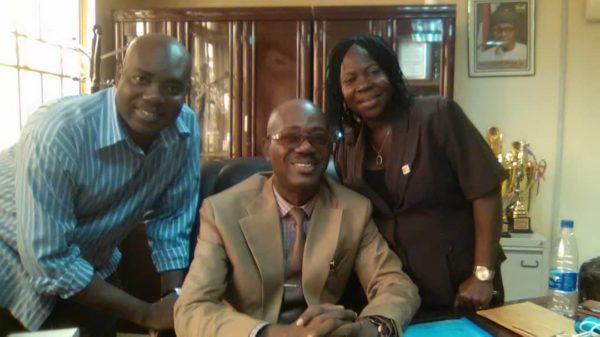 She noted that his hard work, discipline and zero tolerance of illegalities in service have earned him the appointment.

The appointee’s wife, Mrs. Folakemi Kosoko, who corroborated Onadipe concerning his husband disposition to work, south God’s guidance and good health for her husband to carry out the tasks ahead which she believed he would deliver.

To his brother, Adeyinka Kosoko, the newly appointed TG/PS deserved the appointment considering his numerous achievements in service, his disciplined manners and uncompromised standard.

He stated that the virtues stood for him to be recognized even at the verge of his retirement in a loud ovation.

Prince Kosoko thanked God for the appointment given at the 34th year of his service as a school principal and Director of Ikeja Senior Grammar School Bolade, Oshodi which he has committed series of hard work to service to reach the zenith point of his career.

He also planned to meet with the District IV executive members to draw vision plans to be achieved at the end of 2019 academic session which he said would involve the principals and teachers to strive aiming at 70/80 percent all through in the students’ WAEC/NECO performances.

Two of his retired friends as school principals and directors, Rasheed Adesina and Oyegoke Johnson Oyetunde also prayed for God’s favour, mercy and strength to enable Kosoko discharge the duty ahead of him.