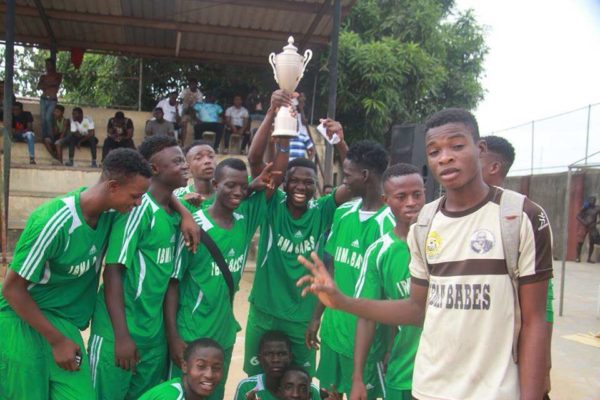 The match ended with a victory of six goals in favour of IBMA Babes who made the kick start having won the tossed coin at the beginning of the match.

At the beginning, IBMA Babes mounted pressure on the defence of SAMEH Babes but poor finishing at the front of the goalkeeper kick, denied them goals. 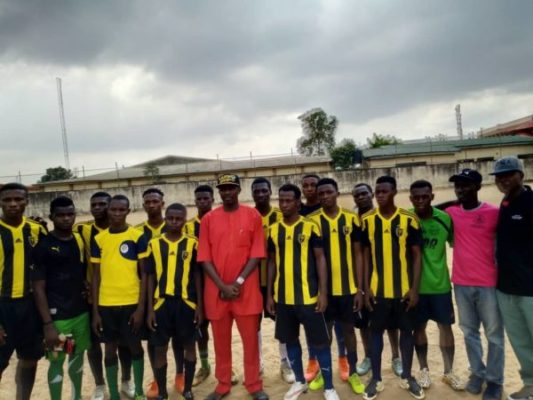 SAMEH Babes in photograph with Ariyoh

Not long enough after much pressure, IBMA Babes scored a goal within 13 minutes to the game which opened the way for other goals in favour of IBMA Babes.

Within the first half of the game, IBMA scored three goals while the other three goals came in within the second half.

The game was interesting right from the beginning as the IBMA Babes showed more of team work and technicalities and the manner at which SAMEH Babes hopped into the football pitch to claim the leading team at the second half was remarkable.

The referee who officiated was fair enough to award free kicks and corner kicks without been partial. At the final whistle, the score was IBMA six goals and SAMEH 0.

Both team played very well, although IBMA exhibited more skills than SAMEH Babes who needed to brace up for the junior league which would soon come up.