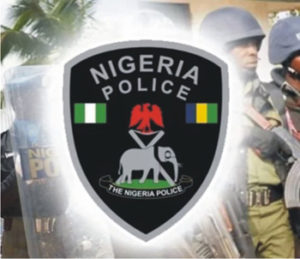 A 38-year-old man identified as Walter Ogwu has been sentenced to six months imprisonment for alleged theft of Blackberry Z10 valued at N35,000, belonging to one Miss Ajayi Lydia.

Ogwu was reported to have successfully carted away the sophisticated cell-phone on July 9, 2018, belonging to the receptionist of Fast Food Snack Shop At Ago-Palace Way, Okota, after approaching her with false pretense of looking for the manager.

However, unknowingly to the receptionist who had turned back, Ogwu had discreetly taken the phone and subsequently left without any suspicion.

Few minutes later, it caught the awareness of Lydia that her phone had been stolen but none of her colleagues took responsibility for the missing phone.

The functioning CCTV was however reviewed and Ogwu was found as the culprit. Immediately, his picture was shown to the security operatives for identification and proactively for the sake of future contact.

However, on the third day which happened to be the 12th of July, 2018, Ogwu was spotted at the neighboring shopping outlet and was held down by security operatives who handed him over to Ago-Okota police officers, to whom he confessed to have stolen the phone.

According to the prosecutor, who related to Echonews , Ogwu had sold off the sophisticated phone for peanut.

He said that he (Ogwu) confessed to have sold the phone to one Japan Akpoju for 5,000.