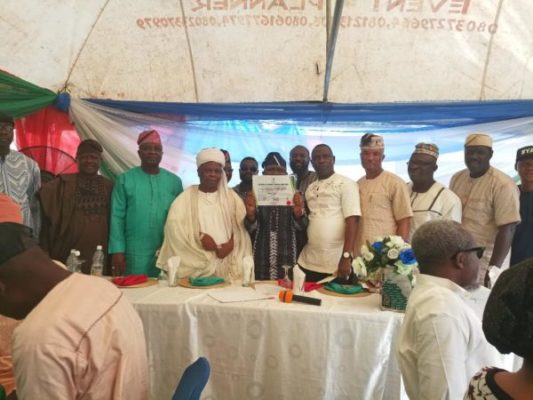 Re-elected senator representing Lagos West, Solomon Adeola, aka Yayi is holding a thank you meeting with campaign workers and stakeholders right now at the Campaign Office on Adeniyi Jones Ikeja.

He also used the occasion to present his certificate of return obtained recently from the Independent National Electoral Commission (INEC) in Abuja.

Addressing participants, Yayi explained that there are no fewer than 14 million residents in the senatorial district and pleaded for understanding in the distribution of resources.

He said resources allocated equally among senators may not be enough to go round because of the number of people involved.

He promised to facilitate access to opportunities in the public and private sectors.