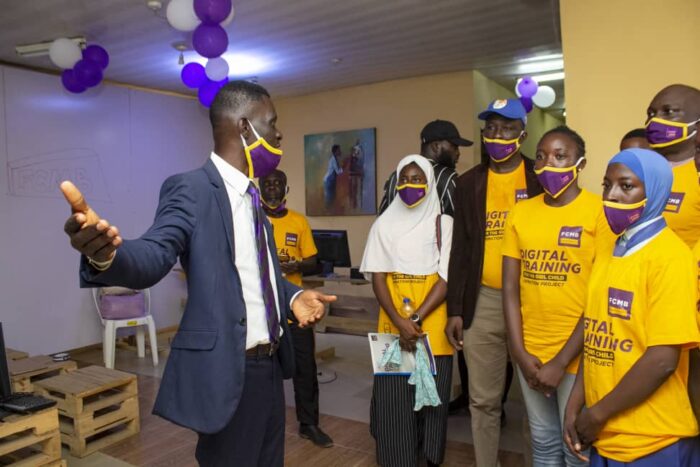 The founder of the School of Arts, the organiser of the ongoing Girl Child Animation Training programme, Mr Adetunwase Adenle, has disclosed the plan to train internationally competent and recognised girl child animators in Ejigbo.

The programme, being held at Ejigbo LCDA Digital Art Library, is organised by the school in conjunction with First City Monument Bank (FCMB).

Adenle, who was elated by the turnout of the trainees, said Ejigbo, in the next five years, would be ranked higher and internationally recognised as part of the areas in Lagos State that have experts in animation.

He noted that having more experts in animation would help in increasing the country’s GDP through their creations.

Describing the participants as being steadfast, Adenle said their enthusiasm and attitudes to the lecture are commendable, triggering the organisers to do more.

He noted that 90 per cent of the 100 girls enrolled for the first one month following the plan constantly attend the lecture contrary to their expectation that more than the average of the number would back out of the training.

He said the organisers, motivated by their persistence and readiness to learn, have made a structured plan for them to do a follow-up on their success after completing the training.

“In Ejigbo, we are trying to create an animation hub where people can come in to make animation and work to create different animations together making a team because we don’t want a wasted effort for our participants after training,” he disclosed.

One of the trainees, Miss Boluwatife Yinusa, who spoke to our correspondent, expressed much gratitude to the organisers, adding that she has efficiently gathered substantial knowledge on animation within few weeks of training.

She said she has been enlightened through exposure to the training on how to incorporate animation into her long term business plan to make her planned business classy and worth presenting while reaching out to parents to ensure their girls make use of the current opportunity.