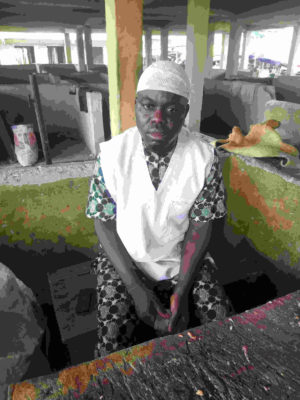 The butchers have been lamenting over low patronage, which has kept them trading at a loss while some others have been forced out of the business.

Speaking to Echonews, the Accountant of the Butchers Association of Nigeria, Isolo branch, Adewale Babalola told Echonews that they were facing two challenges. First, the prices of cows have gone too high, then people no more consume meat like before.

According to him, the astronomical increase in the prices of cow was due to the fact that cows are no longer be imported from neghbouring countries where the normally got the animals cheaper than Nigeria.

He said the butchers are restricted to buy only the cows brought from the northern part of the country.

Babalola informed that the cows were not really expensive from the point of purchase but the levies they had to pay on each cow added up to make a cow cost.

He explained that in the process of bringing the animals from the north, they would have to pay money at the border of each state before getting to Lagos.

According to him, many of his colleagues have been forced out of business due to unregulated charges on the cows as well as restriction on the importation of the animals.

He said that the imported cows were cheaper than the ones produced locally.

When asked why they do not buy cows from Agege abattoir, the butchers’ accountant said they were not allowed to buy direct from the people who brought the cows from the north. He explained that the cows must been given to some middlemen at the abattoir, who inflated the price beyond normal and from whom they have to buy.

He said that they preferred to go and buy from the north themselves as it is cheaper than buying from the middlemen in Lagos.

He therefore appealed to the government to see to the issues of importation restriction and also the money they have to pay at each border so that they could enjoy the business.