On Saturday 9, 2019, the acclaimed Fuji music creator, Dr. Sikiru Ayinde Barrister would be 71 posthumously, the family said it would be a low-key celebration though Echonews is planning a robust celebration. In this interaction with Abolaji Adebayo, one of the children, Samsondeen Ayinde Barrister, spoke on developments after their father’s death. Excerpts: 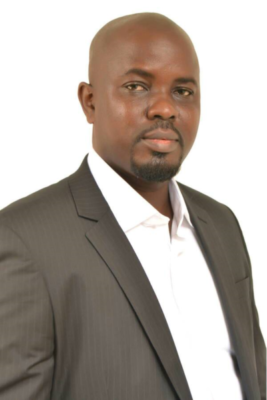 Nine years after the demise of your father, how has the family been coping?

As one of the children of Dr. Sikiru Ayinde Barrister, what is that thing you really missed about your father?

I am not the first born but I can say we really missed a caring and loving man, who is not just a father but a friend and companion.

What are the things you discovered after his death?

Well, apart from stage show, he was a very private man, he didn’t go out and he loved to hang around his children.

On February 9, Barrister would be 71 posthumously, what is the preparation for the celebration?

We have nothing much for the 71st birthday but we are going to offer prayers on his behalf. 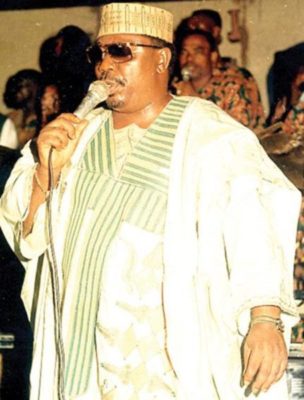 Are you aware that Echonews, a community Newspaper in Oshodi-Isolo LGA is organising a posthumous birthday for the late music icon?

Yes, I am. I was duly informed, and we are looking forward to that.

Since the demise of the Fuji Music icon, none of his children has taken music to similar level, what is the reason?

During his lifetime, Dr. Sikiru Ayinde Barrister had many associates, how do they relate with the family now?

We are on our own now except the like of Alhaji Adisa Osiefa and a few others.

Do you still get royalties on the works of your father from the marketers?

Yes, but not constant.

We know of Felabration as a way of immortalizing the late Fela Kuti, is there any programme or other way by which Barrister is remembered every year too?

Yes, we hold yearly concert to celebrate him, except last year, which was celebrated by his fan’s clubs.

But the concert is not as popular as that of Felabration, is it because of low publicity?

We are coming up gradually, because of sponsorship.

It was the committee headed by Alhaji Buhari Oloto and Wasiu Ayinde in conjunction with Lagos State government that promised to turn the house to a museum. I believe that is why he was buried inside the sitting room, but it was basically Alhaji Wasiu’s idea, which was not fulfilled.

After the demise of Barrister, we noticed that his house in Isolo is deserted, why?

It isn’t. My elder brother, Sulaimon lives there.

They don’t come at all.

What has happened to Fuji chamber?

We know of Femi Kuti, Seun Kuti, Dede Mabiaku and some other afrobeat musicians who play Fela’s style, is there any of Barry’s children or other person who plays Barry’s style?

Yes, there is Barrytide, Ahmed Ololade, Besco Azeez and some few others.

Could you tell us more about yourself?

My names are Hon. Samsondeen Ayinde Barrister. I am a politician and a chartered accountant.