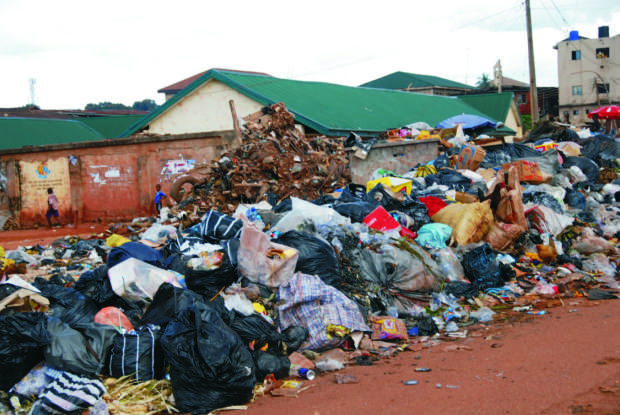 Private Sector Participant (PSP) operators have charged the Lagos State Government on the need to sensitise the public on the latest development especially as concern the role of PSP in waste disposal in the state.

This remark was made by the Chief Executive Officer (CEO) of SAROBOL Nig. Ltd, one of the eight waste operators servicing Isolo LCDA, Mrs. Adeyinka Elegbede in a chat with Echonews.

She stressed on the immediate need to enlighten the people of the grassroots especially, Apena community on the need to patronize PSP operators and desist from disposing their waste in the canal or creating mounds of wastes by the roadsides.

However, with regards to the statement of the Speaker Lagos State House of Assembly, Rt. Hon. Mudashiru Obasa which reads: “We are calling on the 20 local governments and 37 LCDAs in the state to have meetings with the PSP operators to go back to work and they should start paying them and make the residents to start paying the operators. We have to avoid epidemics and be proactive,” Elegbede noted that majority of the community residents claim to be ignorant of the development and still resort to canal to dispose their waste.

She made it known that of all the 64 streets her company renders services to only 32 have been able to perfect 80 per cent of the stipulated payment, claiming that some of the erring streets have the belief that the state government is responsible for the waste disposal as the money have been included in the land use charges.

According to her, “Years back the system was near perfection but since the sudden inception of VisionScape and the unexpected ban on PSP, waste management in the state has been appalling. But, now that the previous system has been restored, people find it hard to adhere to waste policy, some still claim that they don’t need PSP and we know what that means, they resort to the canal to dispose their wastes and some drop theirs in public places.

“Out of the 64 streets in Apena where we render services to only 34 have so far been able to pay 80% of the charges, some residents believe that Lagos State Government is supposed to be responsible for the waste service we render, and they don’t need to pay. Some claim that the land use charges they pay has covered all other community charges”

She continues saying, “Most of the streets in this axis have poor road network, yet we go around to cart away their wastes. We have evidence of visitation because we make sure we sign on 3 or 4 houses whenever we visit a street, that’s an attestation that we’ve come for waste clearance.

“Regardless of being paid or not we make sure we render service to this community because we know the hazards of waste mismanagement, we’re only appealing to them to pay up their bills and clear off their debts. Most importantly, we are calling out on the state and local governments to help sensitise the consciousness of the residents on the development in waste management in the society. We also want the government to put in place corrective measures for adamant residents. We intend to service the people better and this will be unrealistic considering financial restraints,” she concluded.

Meanwhile, the Chairman of Isolo Community Development Council (CDC), Alhaji Fatai Abisiga, commended SAROBOL Nig. Ltd. for its waste management system as he claimed that it was one of the best in the community.

He further expressed his optimism on the responsiveness of appropriate quarters in terms of sensitization and enlightenment.