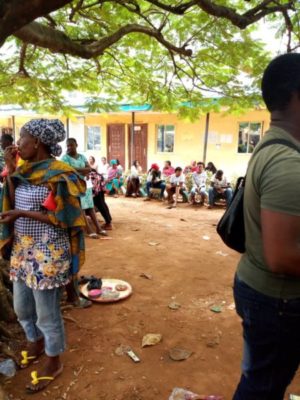 As voters’ registration exercise continues with the two weeks extension, the residents of Isolo have accused the officials of Independent National Electoral Commission (INEC) of poor officiating.

The exercise has been extended by two weeks till Friday, August 31st in order to afford more people opportunity to get their PVCs to be able to participate in the 2019 general elections.

The residents of Isolo and its environs who trooped out for the registration accused the officials of late coming, poor attitude to work and bribery.

One of the aggrieved electorate who spoke to Echonews on anonymity status said that some people bought their way in with money at the expense of those who had come too earlier. 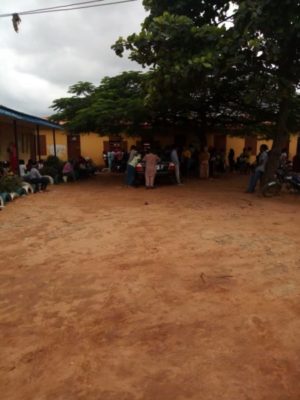 He lamented, “It is saddening that most times, the officials here don’t follow the list. We came here as early as 4am in order to get this thing done in time. They have just called in number 41 out a list of more than 200. Instead of the officials to come in time, they start work here by 11, and most time they rarely finish one quarter of the list at hand.

“By the time they start working, they would attend to those who paid them first, sidelining those who had left their homes as early as 4 or 5am just to have this thing done in time.

“This exercise shouldn’t be done in this manner, everybody must have abandoned something important to come here, yet the officials won’t have regards for people’s time. This is unprofessional and uncalled for.”

Another aggrieved intending voter who had come all the way from Ejigbo to a Registration center at Ansarudeen Primary school, Ilesanmi, Isolo since the registration center in that vicinity has been moved to the place, Mr. Dare Akinwale, described his ordeal as unbearable.

He explained how he had been coming for days in order to be registered but all his effort has proved abortive due to poor officiating by the officials.

“Since the registration center in Jakande Estate has been brought here, we have been coming here for days to get this thing done but the reality of getting it done as expected is not in any way feasible. Not that I didn’t come early, I’ve been here since past 5am but most times, coming early isn’t a guarantee that you will have it done because when the INEC officials start work, which is mostly around 11, hardly will they register up to 50 people before the close.

“They will even do for those that tipped them first, leaving us that had left home before daybreak. The process is not encouraging, people from Oke-Afa, Okota, Gate and other places within Islolo also come here, and this is also one of factors that have made the exercise so congested here,” he explained.

However, all efforts by our correspondent who visited the registration center in Isolo to speak with INEC officials on the allegation proved abortive as none of them was ready to speak with media.