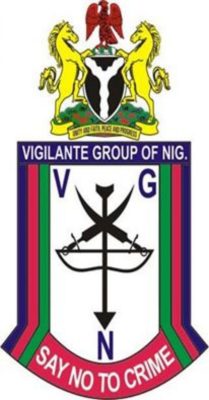 In his opening address, the Lagos State Commander of Vigilante Group of Nigeria, Otunba James Udoma, explained the essence of the inauguration and ranking of the officers as a step to show that the organization is recognized by the Constitution and that the vigilante group was ready and willing to work with all other security agencies to ensure peace and security in the community. 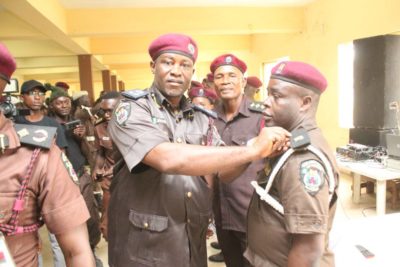 He emphasized that state and community policing would go a long way in curbing crimes and other social vices in the locality, enjoining Community Development Association (CDAs) and Community Development Committees (CDCs) to always engage members of the vigilante group in security matters of their communities.

He recognized Hon. Idris Bolaji Muse-Ariyoh led administration in Oshodi-Isolo Local Government and its Legislative arm for the enactment of security bye law, urging all other local governments across the country to emulate the laudable step. 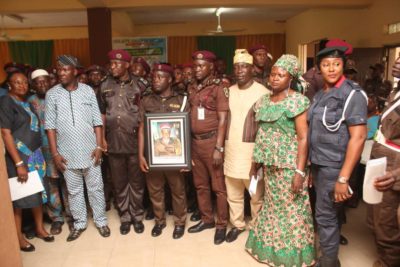 “We can’t stop thanking Hon. Idris Bolaji Muse Ariyoh’s administration for its moral and logistic support every time. In fact, across Lagos state, our office in Oshodi-Isolo Local Government is one of the best.”

He listed the good works the group has been doing across the state while appealing to President Muhammad Buhari to endorse the bill establishing the vigilante which the legislature has passed to him for ratification. 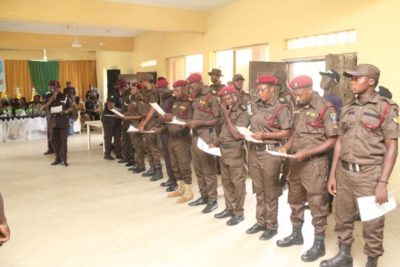 Responding, the Chairman, Oshodi-Isolo Local Government, Idris Muse-Ariyoh declared that his administration has taken security matters seriously, pointing to the enactment of security bye law, constant meeting with all the security personnel, CDCs, CDAs, inter religions body and the like as the evidnce.

He noted that this has contributed to the relative peace of Oshodi community and quick response of security personnel in time of security breakdown in any part of the community.

Ariyor, who was represented by his Special Adviser on Agric and Sports, Hon. Saheed Animashaun, pleaded with the CDAs and CDCs to liaise with the vigilante group to enlist some of them as security personnel within their communities.

He assured the vigilante group members of his support to aid their performances but warned them against indiscipline and arrogance to the people, rules and laws of the community.

The officers of the group in Oshodi-Isolo Local Government were inaugurated and decorated with their ranks while symbol of authority was presented to the local government Commandant, Kolawole Salami.