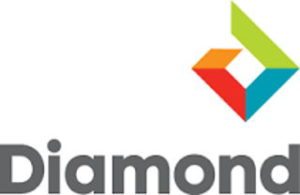 Two suspects were arrested yesterday at the Diamond bank, Isolo branch, over illegal money transferred into their account by one of their accomplices from Anambra.

The suspects, Patrick Chukwuemeka, 21 and his friend, Nwachukwu Enyinnaya, 25, were invited to the bank, where they were eventually arrested by the officers from Ire-Akari Police Post in Isolo, based on the complain of the original account holder whose money was illegal siphoned from her First bank account in Anambra.

The complainant, Patricia Ezeani, who was said to have relocated to Anambra from Lagos due to illness, had informed her bank (First Bank) about the illegal transfer of money from her account. The bank, through her statement of account, discovered that someone had been transferring money from her account to three other different bank accounts including, GTB, UBA and Diamond bank.

The First bank therefore informed Diamond bank, which the recipient account to Nwachukwu Enyinnaya, invited him in its branch at Isolo. The suspect came with his friend, Chukwuemeka and both of them were arrested.

While questioning them, Chukwuemeka admitted that Pricilia Nadede’s, a Ghanaian, who was transferring the money from Ezeani’s account from Anambra was his girlfriend. He explained that Nadede had transferred a sum of N100,000 to his UBA account in April from a strange account, which he questioned her about. He claimed that he returned the money to Nadede’s account upon fear.

Meanwhile, his friend, Enyinnaya, who pleaded ignorance to the deal, explained that Chukwuemeka had collected his account Number to perpetrate the dishonest act. He said that N160,000 was transferred to his account, and that he withdrew N140,000 for his friend while he took the remaining N20,000.
It was discovered that Nadede’s had also transferred N92,000 to another GTB account belonging to yet to be identified suspect making total of N352,000 siphoned from Ezeani’s account since April last year.

Ezeani’s cousin in Lagos, who pleaded anonymity, and who was called to arrest the culprits explained that the money was contributed by some of them for the complainant for her upkeep and to care for her illness in the village.

She explained that Nadede’s was her cousin’s neighbour in the village. She stated that she was able to get her cousin’s account details from her phone when she had to charge it in Nadede’s room who was living with his uncle.

Our correspondent reported that Nadede’s had run away when she was called by his boyfriend who was arrested in Lagos.