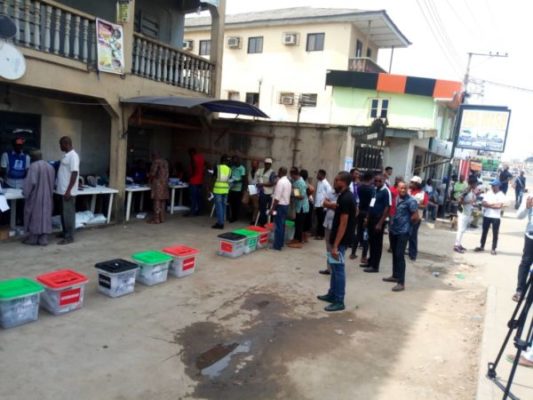 The Lagos State House of Assembly candidate of the All Progressive Grand Alliance, Oshodi-lsolo II, Hon. Ifeanyichukwu Nwajiaku has claimed that irregularities and threats on lgbo speaking community made the voter stay indoors during the Saturday Governorship/House of Assembly elections.
He stated this after casting his vote at the polling unit 023 Okota ward, pointing out that the lgbo’s were being intimidated during the last election and for this reason there was a low turnout of voters.
According to him, there were threats of life from the owners of the land and this made the lgbo’s to stay at home unlike the presidential election where everyone came out en mass.
He also pointed that there were many irregularities in various polling units as members of the ruling party were busy thumb printing especially in Ejigbo, lsolo and parts of Okota.
He however commended the effort of the security agents for the way and manner they ensured that there was peace and orderliness in polling unit O23, while appealing to the independent National Electoral Commission (INEC) to improve on its way of conducting election by going digital.
According to him, the election was generally peaceful.