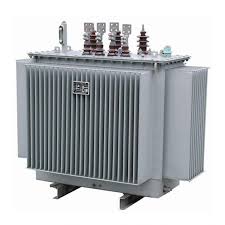 The Transmission Company of Nigeria (TCN) has stepped up effort to boost electricity supply in Ejigbo with the provision of a new transformer with the motive of curtailing the epileptic power supply experienced by residents in the area.

The projects initiated under its Transmission Rehabilitation and Expansion Programme (TREP) included a 100MVA in Ejigbo; which was expected to increase electricity transmission at the sub-station from 200MVA to 300MVA, according to the TCN spokesman, Ndidi Mbah, who disclosed the new measure to newsmen.

Mbah said that the newly installed transformer was in addition to the several power transformer projects executed in the last one year in various substations across the country, highlighting that the Ejigbo Substation had 100MVA, 60MVA and 40MVA transformers.

She hinted that the installation of the new transformers was in pursuant to the present administration’s policy to transform the power sector for economic development and growth of the Nigerian economy.

However, the TCN spokesperson said that investments in the company’s grid expansion would only impact positively on the social well-being of the beneficiary communities.

She said that there are other several projects currently ongoing in its network nationwide, re-affirming her firm’s resolve to continue to pursue and implement the incremental power policy of the federal government by consistently investing in capacity expansion initiatives through its Transmission Rehabilitation and Expansion Programme.

Alongside the Ejigbo sub-station, others including Bida and Ado Ekiti sub-stations were also boosted with new transformers.