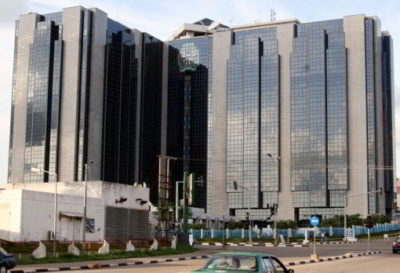 Cleanliness is next to godliness, but as believed, it is one of the characteristics of aesthetics. Moreover, since aesthetics landscape is also one of the unique selling points of a development-driven society, this attribute is obviously visible to all, in the unparalleled efforts of Lagos State in the transformation of Oshodi to a world class business hub.

Ever since the previous administration of Governor Babatunde Raji Fashola took the giant stride of face-lifting Oshodi, momentum has been gathered in giving the business community a defined geographical location and befitting structure.

Also, the advancement in transport system; a multi-million naira project which is expected to be delivered later this year, has positively yielded interests from various investors. Oshodi has so far been a model among its contemporaries within and outside the state and even across Africa.

Evidently, the tremendous proliferation of banks and other business outlets in the vicinity has played a pivotal role in the gratification of the business community. However, in the foreseeable future, this in return is expected to gather international comparison with renowned foreign business hubs, most especially when the world-class bus terminals which are currently under construction are completed.

Specifically, the beauty of this business community has so far been sustained by the beautiful architectural structures of market stalls which are mostly government owned, other business outlets and also dissimilarity in banks structures in the area. Most of the banks in the area were partly affected by the ongoing development in the community, with some being forced to temporarily relocate while some had to adjust their buildings backward.

Since the redevelopment of Oshodi which was realistically embarked upon by Governor Fashola, development has been on regular basis. The recent one is the yet-to-be completed multi-million naira bus terminals and also the proposed shopping mall projects. However, it is worth noting that the beauty of this business community has highly been sustained, specifically by the peculiarities in bank structures in the environment.

Reportedly and as validated by further research, numerous bank branches have flooded the axis of Oshodi, each contributing its peculiar architectural beauty to the value of the environment. List and analysis of the banks are highlighted below. 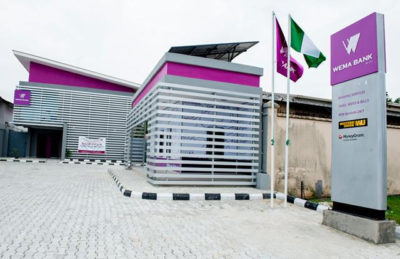 Arguably, the longest surviving indigenous bank in Nigeria, Wema Bank Plc, Oshodi branch, which is located at 455, Agege Motor Road, Bolade Bus-stop, has stood through the test of time in Oshodi when daylight heist and other social vices were rampant in the community. Known for its artistic purple and white colors, the bank edifice with its colorful physical representation has explicitly modernized the beauty of the environment.

Interestingly, apart from the bank being a step away from the popular Bolade Bus-stop, the eye-catching view from near and afar is great. 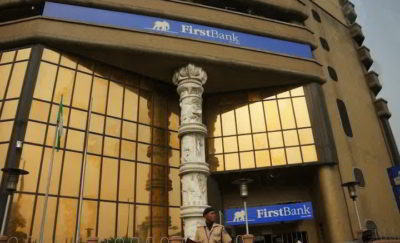 Located at 471, Agege Motor Road, Oshodi, and another branch along Post office, Fisrt bank plc is one of the oldest banks to have settled on the soil of Oshodi. The one story building, painted with its custom white and blue colors, the bank has been a model to the other banks in the community not only with its royal colors, but with its serene and environmental-friendly points of attraction. 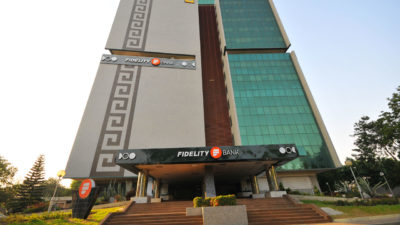 The bank is located in the banking area along Oshodi- Apapa Expressway. It was greatly affected when the road leading to airport was to be expanded by the state government, but up to the time of demolition, the bank structure with its bleak green color had been a beam of lightning to the environment. Summarily, its architectural structure was a great form of beautification to the environment. 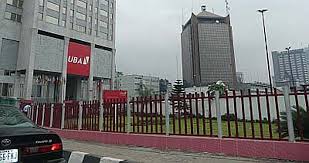 Another bank to have enlivened the physical landscape of Oshodi is the United Bank for Africa (UBA), located at 12, Oshodi-Apapa Expressway. However, the bank with its well-known red and white colors has enormously spiced up the beauty of the environment until being partly brought to rumbles by official demolition by the Lagos state government.

Though, redevelopment is underway in restoring the pride of the bank in other to maintain its beautification of the business environment. 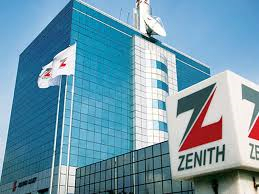 Dubbed to be one of the foremost banks in Nigeria, Zenith bank’s moderate and simple architectural structure located along Charity Road, Oshodi-Apapa expressway was a form of elegance to the environment. Its glass covered frontage and white-and-touches-of-red paintings has indeed adored the vicinity. However, its banking building wasn’t exempted in the sacrifice for the road expansion but efforts are underway in restoring the pride of the bank. 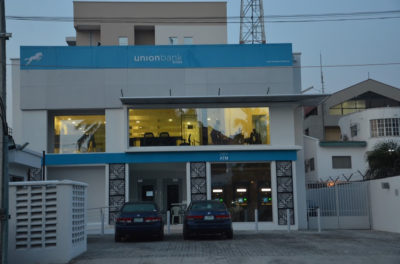 Prior to its forced relocation to Ilupeju, outskirt of Oshodi, due to the development going on in Oshodi-Apapa expressway, Union Bank never failed on its part to promote the beauty of the environment. The custom royal blue and white colors, which the bank is usually coated in is by all means of aesthetic value to the environment.

However, at the completion of the road expansion and other development currently going on in Oshodi, an immediate relocation is expected of the bank, especially for the purpose of resuming commercial activities in other to serve the interest of its customers in the vicinity.

Presently, on the yardstick of bank structure, Diamond Bank is arguably the finest bank in Oshodi, whose fascinating architectural structure has been of great aesthetics value to the environment from any point of view. Located along Oshodi-Apapa expressway, as other banks in the vicinity and aside from the bank being one of the few to be slightly affected by the ongoing development in the area, from inception, it has been sustaining the beauty of the environment.

Furthermore, the Head of Statistics and Records of Planet Project, the Contractor saddled with the responsibility of constructing the proposed shopping mall, Mr. Yomi Sholaja, explained the aesthetics the project would add to the environment upon completion.

In his words, “It is a concept that is being added by Planet Project to enhance the value of the interchange and especially for tourists, investors and organizations that might have interest in the project.”

According to him, the Shoprite-owned shopping mall is expected to be adjoined with a 100-room hotel and other beautifying investments for the convenience and ease of commuters.

“Shoprite is the owner of the proposed mall but, the hotel is for another investor. It will be a 100-room hotel; it will adequately take care of the needs of tourists, investors, corporate organizations. It will be a standard hotel that will meet the needs and requirements of foreign investors and also take care of the needs of commuters and corporate people because it is an all-encompassing package, providing leisure of business and social activities,” he explained.

However, he hinted that the project would only take a year to be completed.

“If the ground breaking begins today, then it will be delivered in a year’s time because what we are putting in place now are the facilities needed for the proper take-off of the project,” he concluded.

In a nutshell, sustenance of the aesthetics values of this talked-about business community lies in beauty oriented synergy formed by business outlets such as banks, stalls, shopping mall and the like.