The Chief Medical Director of Isolo General Hospital, Dr. Godwin Akhabhoa has advised the husbands to support their wives on six months exclusive breastfeeding for their new born babies, saying the task should be a joint one by the entire family to make it a stress-free exercise.

Akhabhoa said this during the 2019 Breastfeeding Week organised by the hospital on Friday, stating that to achieve the exclusive breastfeeding, both the husband and wife must create enabling environment and support each other.

Speaking on the theme “Empower Parents, Enable Breastfeeding”, the hospital boss said the Lagos State Government approval of six months maternity leave is part of empowerment to enable the parents to breastfeed their children properly. 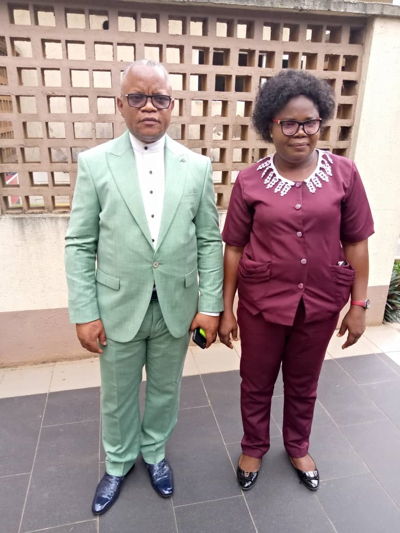 He added that the hospital also organised regular seminars for the parents on the benefits of exclusive breastfeeding on both the child and the parents, which he said has been yielding positive results on their patients.

“The women need the support of everyone around them to be able to breastfeed exclusively. By breastfeeding your baby exclusively, you are also doing yourself great favour because a well breastfed baby would be stronger as they are prevented from all kinds of ailment which the parents may be spending unnecessarily on later in their life.

“As against the belief of many parents, the mothers should know that breastfeeding does not make their breast sag, sagging of breast occurs with age.”

Also enlightening the parents on the benefits of exclusive breastfeeding, the Hospital Apex Nurse, Mrs. Elizabeth Eniayewun, said parents are more benefited than the child.

She noted that by exclusively breastfeeding the child which the hospital advocated, the mother would be healthier while the child would not be susceptible to any disease.

At the ceremony, the parents were taught on the best breastfeeding positions and were discouraged from using some positions that may not be okay for the babies.

The Hospital Consultant, Dr. Funmilola Showunmi also identified some challenges the breastfeeding mothers could encounter such as retracted nipples, lactation problem and others and how they could address them.