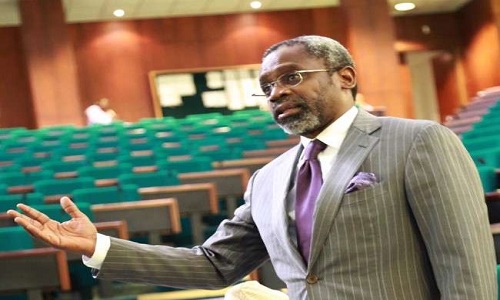 The Leader of the Federal House of Representatives, Hon. Femi Gbajabiamila has warned the electricity distribution companies (Discos) to desist from its planned mass disconnection of electricity, saying the companies risk losing their license.

Following the public hearing on estimated Billing on June 5 2018, the Distribution Companies had been threatening to embark on mass electricity disconnection across the country.

The House of Representatives ad hoc committee investigating the excessive electricity billings had blasted the electricity Discos and the Nigerian Electricity Regulatory Commission (NERC) over their unlawful practices in billing customers excessively even without power supply, dismissing them as failures and fraudsters.

It would be recalled that the Vice President Yemi Osinbajo had once informed that the consumers should not pay for electricity if they are not provided with prepaid meters. 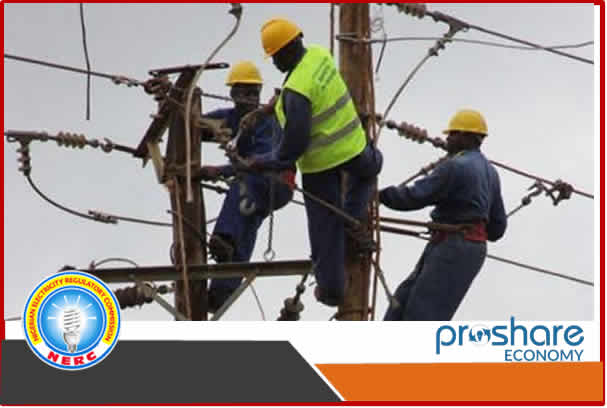 Discos had put some arguments forward as reasons for the estimated billing system, which Gbajabiamila refuted as baseless and unconvincing arguments.

For instance, the Discos have lamented the high cost of metering, arguing that the present tariff is not cost reflective and that the capital layout for meters is too high.

To this argument, the House Leader said that the Discos don’t have to pay for the meters.

He said that customers should be allowed direct purchase from manufacturers or retailers.

He stated, “Beyond the Meter Asset Provider initiative, customers should be allowed direct purchase from manufacturers or retailers, pretty much same way you are allowed to buy a cellphone of your choice and you go to your service provider to provide you with a sim card and line. It’s that simple. All the government needs to do is certify the meter through some quality assurance mechanism. 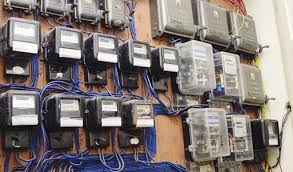 “This way the Discos are absolved of cost of providing meters.  In the first place they should never have been allowed to get involved with meter provision as it presents a potential conflict of interest in a country like ours but hindsight is 20-20. It’s like giving a person who deals in diesel or sells generators a Disco license. Of course it would be in his best interest to make sure there is no supply of electricity. As the Minister of Power himself admitted at the Public Hearing, supply of meters is not the core business of Discos.

“Many Nigerians are ready to pay for meters and many have done so without the Discos delivering.  Indeed from investigative reports those with meters have a lower supply of electricity than those without perhaps because it is more profitable to estimate bills. I am surprised in a recent interview a spokesman to one of the Discos put the cost of a meter at 73,000 Naira.  This appears stranger than fiction as the average cost of a meter is meant to be about 20,000 Naira. This cost itself will invariably go down. It is a function of the economic principle of demand and supply. Local manufacturers of meters, of which there are many, need to be encouraged.”

Again, the Discos argued that many other countries practice estimated billing, saying Nigeria could not be exception.

In response, the Lawmaker representing Surulere Constituency I of Lagos State explained, “Let me make this clear, the countries referred to are not Nigeria where the government is still trying to fight corruption.

“In those countries, estimation is the exception and not the norm/rule. The laws in those countries mostly permit estimated billing where for some reason e.g. inclement weather, difficulty in accessing the meter, presence of ferocious dogs, broken meters etc., the meter cannot be read. It is false equivalency to compare those to Nigeria where estimated billing is the standard practice and not the exception. Which brings me to the question what does it mean to “estimate”. An estimate is a calculated guesswork of what a bill should be. It is normally based in those countries on your last month or last two months reading and its almost often exact to a science.

“If the reading is off, it is normally up or down, plus or minus by a few percentage points. For instance, if I consumed 10,000 Naira worth of electricity last month and if for any reason my meter cannot be read this month, my estimate should waiver between 8-12 thousand naira. A bill of 25 or 30, 000 naira is no longer an estimate; it now can be legally categorized as fraud, stealing or theft.

“It is obtaining by false presence, contrary to Section 419 of our Criminal Code.  Or how do you bill a man who is on vacation with his family for a month and estimate his bill as same or more than the previous month before the vacation. It is this stealing in guise of “estimation” that the legislature is intent on coming hard against. No apologies.

“Furthermore countries like Bahrain have banned outright the use of estimated billing. I am not sure the operators of Discos would like a situation where they are billed for their telecom usage on a monthly basis due to poor billing infrastructure by the telecom industry. I am sure they wouldn’t accept a situation where they are billed airtime of 50k a month, or worst still if they are out of the country for that month only use or ordinarily recharge their phones at the rate of 15k a month.”

Discos have also complained about energy theft via meter bypass, which Gbajabiamila again said could not be a compelling reason for estimated billing of all consumers.

According to him, the House is looking at this as there would be exceptions to every rule.

“The final product in terms of legislation should be to abrogate estimated billing generally and provide exceptions to the general rule such as in cases of energy theft and meter bypass. In such cases the new law would permit estimated billing and would also Criminalize and Penalize energy theft. This should address the concerns of the Discos. It will be wrong to visit the sins of some consumers on all consumers. There is no fairness in that.

“The Discos claim some of them have installed manual energy calculation matrix on their website. For crying out loud why should bill payment for customers be so complex and academic? What about the large swath of citizens that are not literate, don’t have access to the internet and cannot do such calculations.”

Meanwhile, the Lawmaker said it was unfortunate that the last minute gasp of the Discos is to threaten the masses with mass disconnection. This, he said, would be economic sabotage.

“In the first place the Discos entered into a voluntary agreement with government and were under no compulsion to do so. Under the maxim caveat emptor (let the buyer beware), they should have done their due diligence and considered most of these things they now complain of, at they were in existence as the time they bid for these licenses.

“Likewise the government should also have done its due diligence and considered the financial capacity of these companies. Perhaps it’s time to probe this. Electricity should be considered an essential service and no one should be allowed to hold a country to ransom just because he is being asked to do the right thing, and conform to international best practices. It may be time to review the licenses, cancel those who are unable to meet their contractual obligations and start all over again if need be. This anomalous status quo cannot continue.

“Like I said at the public hearing, there are unintended consequences. Many homes have been burnt and people killed just because they had to use candles and sleep with naked flames because of electricity shortage or disconnection because of estimated billing. How does a Disco bill a man 10,000 month when his take home is 18,000 and yet we talk about stemming corruption? The threats from Discos must stop. If they cannot do the job, it’s time to step aside and let those with capacity come in.

“As suggested at the public hearing, the legislature is prepared to include a futuristic commencement date in the law but to do nothing will be sheer neglect of constitutional responsibility.

“The reactions from the Discos were not unexpected but we in the legislature will not be intimidated in turning a blind eye to the apparent injustice if not sabotage in the power industry.”